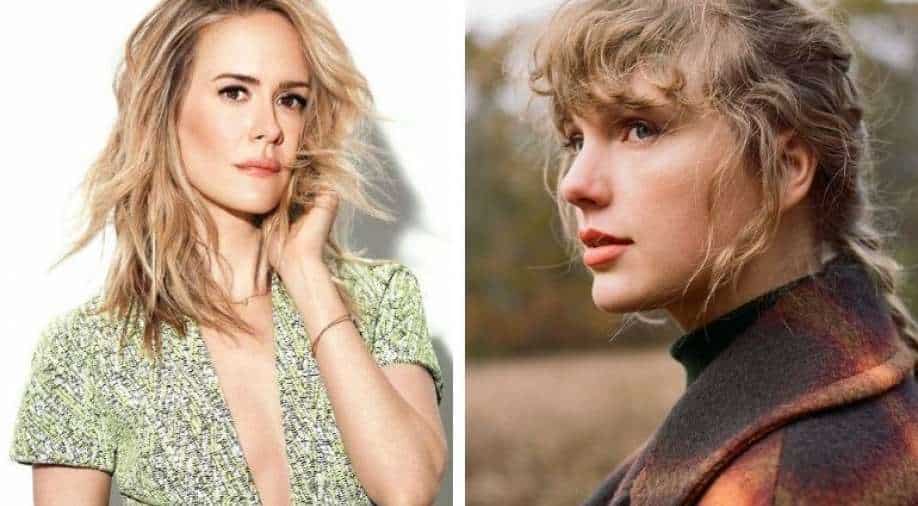 Taylor Swift has currently been busy working on her upcoming re-recorded album 'Red'.

Sarah Paulson is a big fan of Taylor Swift!

The American singer-songwriter enjoys a massive fandom worldwide and now 'American Horror Story' actress Sarah Paulson has just added herself to the ever-growing gang of Swifties: a moniker given to Taylor Swift's fans.

Everything that's released at CinemaCon 2021, from 'Batman' to 'Matrix 4'

The 46-year-old actress was recently live on social media and had answered a few fan questions on Twitter. During an interaction with a fan, she revealed her love for the singer and also shared her favourite track.

@MsSarahPaulson quick what taylor swift song should i listen to

Replying to a fan, who asked “quick what taylor swift song should i listen to (sic),” she responded with, 'Evermore.'

''are u a swiftie? (sic)'' another fan asked, to which Paulson responded, ''Major.'' Now this is a big news for Swift fans, meanwhile Taylor hasn't reacted to it yet, but the singer will be thrilled after knowing this.

@MsSarahPaulson are u a swiftie?

Work-wise, Taylor is currently busy working on her upcoming re-recorded album 'Red' and she recently revealed that she is coming together with her Brit friend and singer-songwriter, Ed Sheeran., for another single.