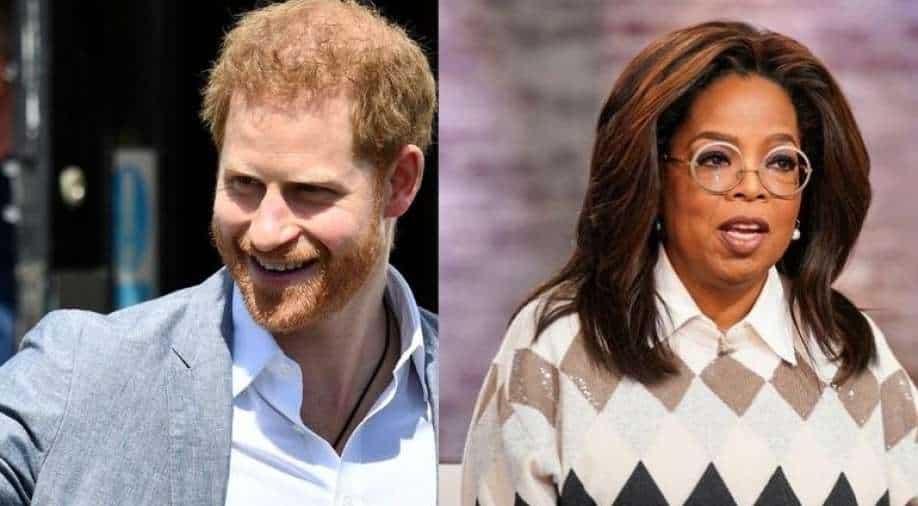 In April, The Duke of Sussex, 36, who is currently living in California, announced he had been working on the Apple TV documentary series for 'several months' with the media mogul.

Prince Harry's mental health documentary series with Oprah Winfrey has been 'stalled', after facing several delays, according to insiders.

In April, The Duke of Sussex, 36, who is currently living in California, announced he had been working on the Apple TV documentary series for 'several months' with the media mogul.

According to The Sun, the documentary was due to be released last autumn, but sources have now said  Covid-19 restrictions, Harry's exit from the Royal Family and move to the US with Meghan Markle, 39, have slowed down production.

Oprah has become good friends with Prince Harry and Meghan, as well as with her mother Doria Ragland, and recently endorsed a Californian based 'women-led wellness company' invested in by the Duchess.

The multi-part documentary series, which the pair worked on for 'several months' during a number of 'secret meetings in London', will focus on both mental illness and mental wellness, and aims to inspire viewers to have an honest conversation about the challenges they face.

Also see: From Harry & Meghan Markle's wedding to Megxit- a timeline of the royal exit

In April last year, the Duke of Sussex announced a partnership with Oprah Winfrey as co-creators and executive producers of the mental health documentary series for Apple.

At the time, a post from the Duke and Duchess' Sussex Royal Instagram page in 2019 said: 'We are excited to announce The Duke of Sussex and Oprah Winfrey are partners, co-creators and executive producers on their forthcoming mental health series launching on Apple in 2020.'

The Duke said at the time: 'I am incredibly proud to be working alongside Oprah on this vital series which we have been developing together for several months.

'I truly believe that good mental health – mental fitness – is the key to powerful leadership, productive communities and a purpose-driven self.

There were reportedly plans for Harry to 'appear on camera', though it hasn't been decided whether he will be interviewed by the chat show host.

Prince Harry has previously spoken out about battling 'numerous breakdowns' while coming to terms with mother Diana's death, and Oprah revealed that he jumped at the chance to get involved about a project that is so close to his heart.