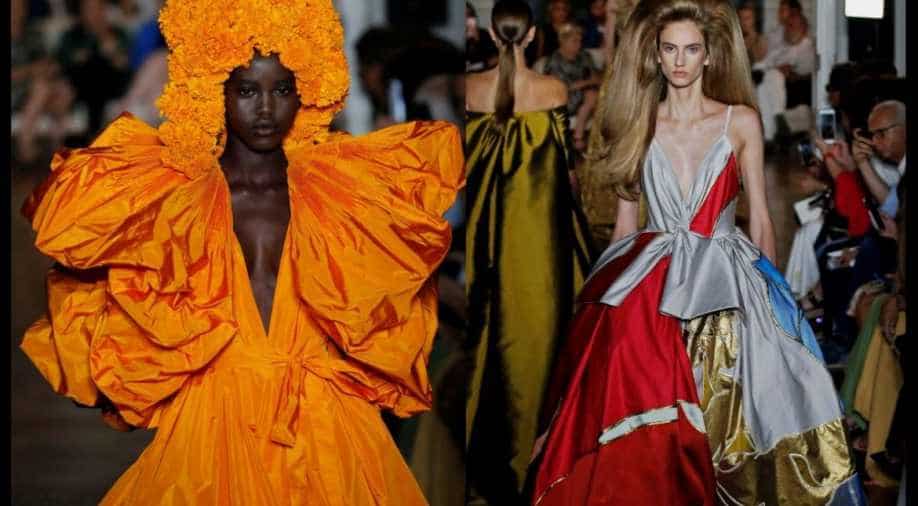 Despite uncertainties amidst Omicron surge, Parish Fashion will see people flocking to the French capital to catch the live shows.

The industry is determined to get back on the catwalks after nearly two years during which most brands were forced to retreat online.

Despite the complications caused by the pandemic, the fashion community is stepping out regardless. Most fashion houses are returning to live shows as the menswear week kicks off, followed immediately by haute couture shows.

Some 17 of the 76 brands of the official Paris menswear calendar -- including big names like Dior, Hermes, and Rick Owens -- will be back on the catwalk, up from just six last summer. Nearly 30 others are opting for other types of in-person events -- inviting journalists, buyers, and other taste-makers to less formal gatherings around the French capital.

There will be a bittersweet taste to the first week, however, as Louis Vuitton presents the final collection from US designer Virgil Abloh, who died in November at the age of 41 after a private battle with cancer.

Such is the interest around Abloh, a close partner of Kanye West who helped break through glass ceilings for black designers, that Louis Vuitton is presenting the show twice on Thursday.

Many are also excited to see what streetwear veteran Nigo does as the new artistic director of Kenzo. And there is hype, too, around French label Egonlab, launched two years ago with a series of arty videos and now making its first foray in the official calendar.

"To present your work alongside the big houses that greatly influenced us -- it does something to you," said co-founder Florentin Glemarec.

Nonetheless, like many fashion newcomers, Egonlab is embracing both the live and online worlds, with a line of NFTs and Metaverse digital clothing that it is developing in partnership with footwear brand Crocs.

'Caught in the crossfire'

Haute couture designers are also returning to the catwalk, with 18 of 29 houses planning live shows -- albeit with the now-common caveat that the virus might throw a last-minute spanner in the works.

Some changes have already been announced: the Sidaction charity evening to raise money for AIDS research, which traditionally marks the end of the haute couture week, has been postponed until July.

Giorgio Armani canceled his menswear show in Milan and haute couture show in Paris over the latest surge in Covid cases.

That decision sparked a sense of deja-vu as it was the 87-year-old Italian maestro who was first to cancel his catwalk shows in the early days of the pandemic in February 2020.

"It's their choice," said Pascal Morand, head of France's Federation for Haute Couture and Fashion.

He said the federation makes several recommendations including the use of FFP2 masks, but he was happy to see brands returning to the live sphere.

"We have learned to live with the virus," he told AFP. "Digital enriches the physical, but it can't replace the emotion and sensory side of the runway shows."

Some still feel uneasy about returning to in-person events. "I feel caught in the crossfire," said Jean Paul Cauvin, director of haute couture brand Julien Fournie, who has had to deal with the disruption of positive tests among models and workshop workers.

"We would be frustrated not to be on the catwalk, but I hope we don't create an haute couture cluster," he told AFP.