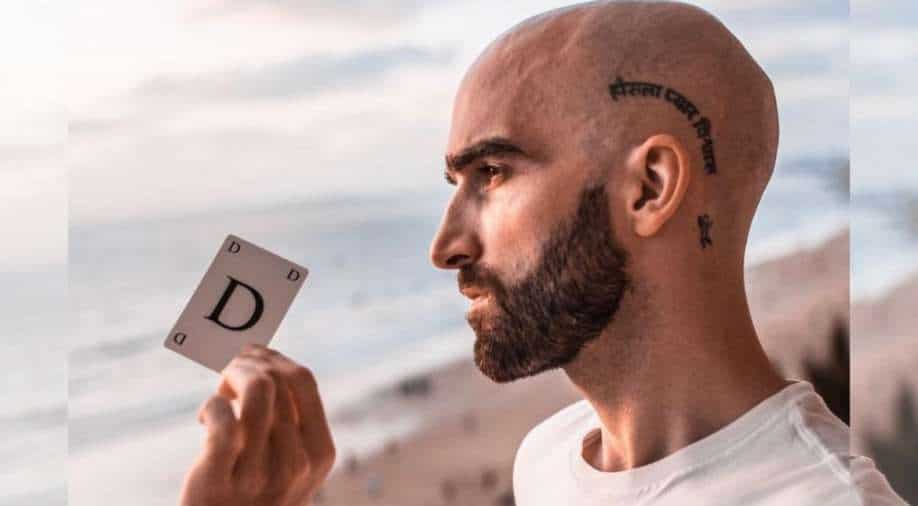 Exploring a new language with magic and finding his own path in the process, this English magician might have been born in the UK, but his heart lies in India. Giving us a glimpse of his fluent Hindi before we began the candid interaction, Drummond Money-Coutts talks to us about 'India ka jaadu'.

He’s not your average magician. In fact, when you speak to Drummond Money-Coutts about magic and his understanding of the performing art, he’d tell you that for him magic is much deeper than illusion, it has its own heart and soul and that he loves to do magic that interacts with the audience, constantly communicates with them.

Exploring a new language with magic and finding his own path in the process, this English magician might have been born in the UK, but his heart lies in India. Giving us a glimpse of his fluent Hindi before we began the candid interaction, Drummond also known as DMC might be a descendant of a British financial family, Coutts & Co, the bank that serves the British royal family – he is truly a citizen of the world and aspires to be so in times to come.

Here are the excerpts from our chat:

WION: How did your tryst with magic begin?

DMC: I come from a small banking family called Coutts & Co from my father’s side of the family and my father worked at the bank for about 20 years. Strangely enough, under the main headquarters of the bank in London, is the oldest magic shop of UK. It must be a 100 years old. It’s a family run magic shop. My father took me there when I was just 8 years old. Although I’d loved magic all my life, the mystery and mysticism attached to it, I never realised that I’d be able to learn magic. Going to this magic shop blew my mind. It opened up a prospect of learning magic. This started a fascination which then very quickly became something that would go on to grab my attention in this way. Through my teenage years, I went deeper and deeper into magic and by the time I left school, I knew that this would be my everything, meri zindagi (my life).

WION: How does one learn how to do magic? Is there a structured schooling available or do you have to be self-taught mostly?

DMC: It’s a largely self-taught field with no structured qualification system. You mostly find your heroes, idols, great texts of magic.. then study card magic, elements of magic that capture you and just start doing it. It’s simply giving 10000 hours to magic (actually its true for anything you want to pursue). Today, it’s become a lot easier with YouTube. Back when I started, it was mostly books, cassettes. Studying and practicing them was a slow process.

WION: Since you mentioned ‘role models’, who did you idolise while growing up?

DMC: Two magicians that really inspired me – One was Tommy Wonder who was just unbelievable, a very charming magician. He sadly died just a few years ago. Huge inspiration for me – Another called René Lavand who was Argentinian. He was very special. Wen he was a child, he lost one of his arms in a car accident and he would perform magic with just one hand. He would always often recite poetry when he was performing magic. He would always say that losing his arm gave him a dimension, forced him to create dimension in magic, connected him to his audience. I connect with these two because of their connection with the audience. It’s all about that rapport for me.

WION: Since you frequent India so much, what can you tell us about your Indian connection and what pulls this Englishman to the country? Also, how come you speak such good Hindi?

DMC: Honestly, anytime I can be in India, I will be here. India is like my default place. It’s my pasandeeda (favourite). I loved India ever since I came here for the first time. I first came when I was just 18. Since then, I have so many friends here, people I consider family. It’s India ka jaadu (magic), it’s everything here. When people ask me what magic is, I tell them that magic is much deeper than illusion, it has its own heart and soul. Here I feel magic in the air, in the history, in people, in the colours of the country. India is a beautiful chaos with its sights, cultural richness, energy in Indian people. I feel Indian people have a great appetite for magic. People love the magic that I do here. It’s one of my favourite countries to perform in. It’s almost everything about it.

WION: Does the hustle bustle in India never bother you?

DMC: For me, it's just part of the experience, the beautiful madness of India. There’s great intensity here and great peace here. I find stillness in people here. They are very sensitive. I find them very focused here. When I travel to other places, people are distracted there, ruthless in how they are. In India I find people focused. On the surface there is this crazy chaotic nature to India and underneath there is great stillness here.

Also read: Kim Kardashian upset over Kanye West's claims of being kept away from his children

WION: What all places have you seen in India? Do you have a favourite?

DMC: I love Udaipur. It’s the first place I visited in India when I came here for the first time. I visited a very dear Indian family, that my family knows about and stayed at their old family home. Then in 2021, just before Delta (COVID-19) got very bad, for three months, we ended up in Himachal. I had never seen that side of India – the thick and dense forestry with small temples was special.

WION: Moving on to your magic, what are you currently busy with?

DMC: I am working on a few projects. Although it’s harder to travel with a large crew but there’s a show I have wanted to make for a long time. It has a very different approach to magic so that’s in process. I would love to make it in India.

Each TV show with crew and various possibilities is a beautiful thing. What I dream of for these future shows, is making magic with emotions. Some magicians just want to fool somebody. I want to touch somebody emotionally. I want to do stirring magic which I hope will bring a whole new skin of magic. I have a few ideas for the Taj Mahal too, there’s such iconic sense of magic in in that place. It’s a perfect place to create something unforgettable.

WION: What plans for the future?

DMC: I want India to be a bigger part of my lfe. I have opened a bank account here and I would like to be here more often. My girlfriend is here in Mumbai. I have started doing lot more private shows. My dream is to spend more life here, to perform at great Indian weddings and Indian palaces. The next few years I want to do interesting jaadu here.

WION: Since you’re so in love with India, we cannot not talk about food which is a very part of the country. What do you enjoy the most when you’re here?

DMC: My favourite thing is ‘sabzi roti’. It’s simple, delicious Indian food. Ofcourse there are many desserts to explore too but sabzi roti is my happy place.

Drummond Money-Coutts has a Netflix series titled ‘Death by Magic’ that released in November 2018. In the 8-episode series, the international magician revisits magic acts that have led to the death of the performer. There’s also one TV special with National Geographic titled ‘Card Shark’. He then worked with the network for a seven-part series titled ‘Beyond Magic with DMC’ and has other projects in the pipeline.