Food of Instagram: Is social media making us see food and not eat it? 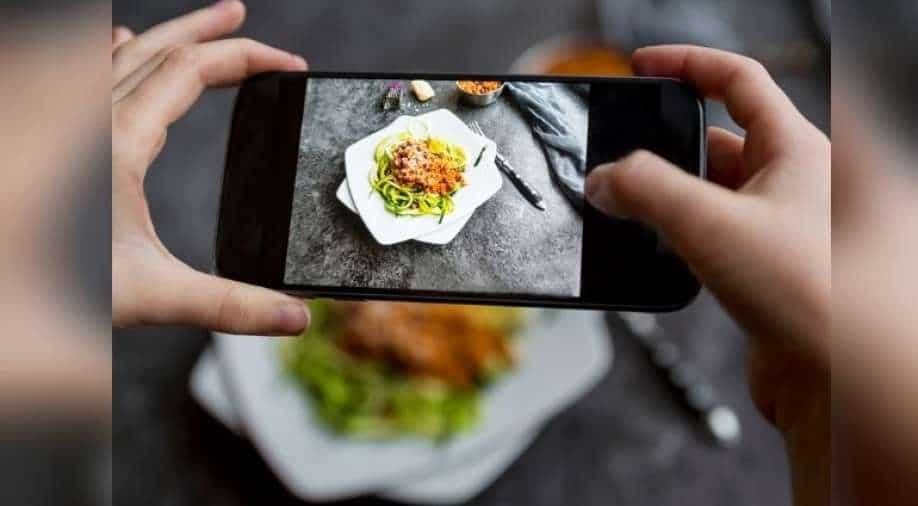 Instagram has changed the way we looked at food earlier. Meals as mundane as a breakfast or evening snacks have moved away from being just cereal or snack and started being photogenic.

A young woman in her early 20s walks into a restaurant at Connaught Place in New Delhi bustling with office crowd in a late November afternoon. She sits with her friend and places multiple orders at one go. Once the food arrives some minutes later, the girl jumps off from the highchair and starts running around with the platters. Sometimes she poses with the prawn calamari against the window, sometimes puts a bowl of salad against the light. At one time she almost stood over the table to click the whole of the table with the dishes placed. If you had thought she is a photographer on a shooting project or a social media influencer, you are wrong. She has less than a thousand followers on Instagram yet she harbours a strong passion for food photography, not necessarily food.

For most of us who love going to the restaurant, this is a value addition to just savouring the food. No more are we restricted to appreciate cooking as a work of art through our eyes and heart but go beyond to save some memories on our virtual networks.
Even if that makes the food go cold or runny, we are okay. For a generation seeking virtual validation everywhere, a good photo on our social media bumps up our ego. Social media at the contemporary time is being used everyday to spread information. When that young woman at Connaught Place shared the food photo, it might have been just for the sake to share with her world.

And the first-ever Indian to win a Michelin Star, Chef Atul Kochhar agrees. Based out of the UK, Atul believes that a camera-friendly plate goes a long way to share his own creation with the world. For audience across geographies, social media has enabled passionate creators to share edible artworks.

“It's helped start conversations about food, food culture, recipes, ingredients – it’s made the culinary world more accessible,” said Kochar over an email conversation. “As a chef, you want your food to look as good as it tastes. We taste with our eyes - excitement, vibrancy, simplicity – the culinary journey first begins when you see a dish, and this has always been the case. The growth of social media has undoubtedly put pressure of chefs to ensure they present their creations in the very best way. But reputations and repeat customers aren’t built on imagery alone, the food needs to taste just as good or even better than it looks.”

And it’s true Instagram has changed the way we looked at food earlier. Meals as mundane as a breakfast or evening snacks have moved away from being just cereal or snack and started being photogenic. There are 161,000 posts of #OatsForBreakfast and 530,000 posts of #SamosaAndChai on Instagram. The number says it all.

"I make my plates as eye-catchy as possible but that’s for my guests and the current trend makes it camera-friendly,” said Chef Pawan Bisht, of Virat Kohli's One8 Commune, Mango Kitchen and Bar.

Chefs have always been particular about how the plating is done. With the rise in social media customers, they are being extra concerned. On social media, the word of mouth lies in the beauty of the food and the chefs will leave no stones unturned to ensure so.

The priority is on taste, though

While Instagram has helped in marketing of food or the restaurant, it’s taste at the end of the day that drives customers to return to their favourite eatery. The business of hospitality is heavily dependent on returning customer more than acquiring new customers.

A celebrity chef who wished to be unnamed said, you need to prioritize the flavour and quality of ingredients over the visual aspect. He says that he agrees with #FoodPorn generation being too curious about food, but what he dislikes is people are always rushing for photos. Each food has a particular temperature that makes the food delicious and if someone eats it when it turns cold, he runs the risk of ruining the effort of the chef.

Technology is the queen

If food is the king, technology is the queen. With the advent of high resolution and AI enabled technology that powers the smartphone cameras these days, getting good photos has become quite relevant. It’s not just the chefs who are creating masterpieces on pans and grills but also the smartphone manufacturers who have realized importance of macro and food mode photography, which is proving to be a deal breaker.

Most restaurateurs in Indian metro cities unanimously agreed, social media and food photos have helped them re-market their products in a good way. Moreover, it has effectively removed the barrier of accessibility from common restaurant-goers.  A new breed of millennials who identify themselves as ‘foodies’ will be remembered in the history of hospitality for marketing restaurants and chefs knowingly or unknowingly.