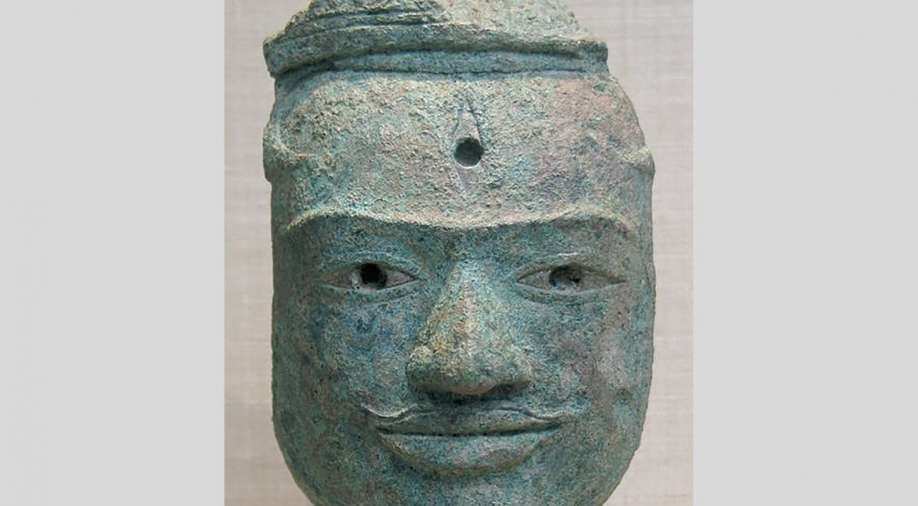 Although Cambodia has pushed the Met and other museums in recent years for the return of individual statues and sculptures it says were pillaged between 1970 and 2000, this effort is far broader.

Cambodia has begun to press the Metropolitan Museum of Art in Manhattan to document how it acquired dozens of Khmer Empire antiquities that Cambodian officials, citing new evidence, believe were looted during the country’s decades of war and tumult.

Although Cambodia has pushed the Met and other museums in recent years for the return of individual statues and sculptures it says were pillaged between 1970 and 2000, this effort is far broader. Cambodian officials said they have developed a spreadsheet of 45 “highly significant” items at the Met that the evidence suggests were stolen before being donated or sold to the museum.

Officials with the US Attorney’s Office, which has previously assisted Cambodia in recovering illicit antiquities, met with museum staff members last week to request they review the provenance of a number of the items, Cambodian officials said.

Federal officials declined to comment on any discussion with the museum’s staff, and the Met would not address the specifics of what Cambodian officials are describing as a rigorous new effort to reclaim their cultural heritage.

The Met said in a statement that it was following its “long and well-documented history of responding to claims regarding works of art, restituting objects where appropriate.”

It suggested it had begun to “proactively” research its collection independent of the Cambodian request.

“Recently, in light of new information on some pieces in our collection, we reached out to the US Attorney’s office — to volunteer that we are happy to cooperate with any inquiry,” the statement said.

The scope of the Cambodian initiative, according to those directing it, is fueled by years of expanded legal investigation and archaeological research and by the disclosures of a former temple looter who admits to organizing the plunder of dozens of Khmer shrines from the 1970s to the 1990s.

That man, whom Cambodian officials refer to only as “Lion,” has spent two years escorting officials to dozens of remote sites where, Cambodians say, he and his gang systematically uprooted and carted away for sale massive stone statuary, intricate bronze sculptures and ceramic burial jars filled with royal gold and jewels. Most of those items, the former looter said, were sold through brokers in Thailand.

Cambodia’s culture minister, Phoeurng Sackona, said the former looter’s information was critical to identifying the 45 Met items that officials have focused on. They have also inspected the dates of the museum’s acquisitions and physical evidence like chiseled stands and broken remnants found at the original sites. Of the 45 artifacts, she said, “Lion” recognized 33 as items he removed himself and another 11 as matching the appearance of statues stolen by others.

The artifacts were acquired by the Met between 1977 and 2003, according to the research by Cambodian officials.

“It surprises me and disappoints me that there are so many statues of ours in the Met,” the culture minister said, adding: “We want to see the truth come out, we want to see all the facts come out about this. We want them all returned.”

In addition to the 45 items listed on the spreadsheet, Cambodian officials said they had questions about roughly 150 other artifacts in the Met’s collections that left Cambodia between 1970 and 2000, three decades during which the nation was torn apart by war, genocide and political upheaval.

In July, the U.S. attorney embraced the credibility of “Lion” when prosecutors cited him in court papers connected to the return of a Khmer statue, “Skanda on a Peacock,” which he says he looted. An unidentified private owner voluntarily handed over that artifact, according to a Justice Department news release that identified “Lion” as Looter 1.

In the last decade, the Met and a few American museums have returned other Khmer items based on evidence of looting. In 2013, the Met returned two giant statues known as “Kneeling Attendants” after two of its curators visited a pillaged site called Koh Ker. At the time, the Cambodian government applauded the ethical standards and professionalism of the museum.

As was the case with the “Kneeling Attendants,” six items on Cambodia’s Met list were once owned by Douglas A.J. Latchford, a prolific collector and accused trafficker of Khmer relics who died last year. Latchford’s daughter, who inherited his collection, has agreed to return 125 of his objects to Cambodia because of their tainted past.

Latchford donated several of the items on Cambodia’s list, including a bronze face of a male deity now on display at the Met. “Lion” told Cambodian officials that he dug up the artifact and carried it off in a military backpack in the 1990s from a temple within the Koh Ker complex.

Three other items on Cambodia’s list were either sold or donated to the Met by Doris Wiener, a Manhattan gallery owner and Southeast Asia specialist who died in 2011. “Lion” told Cambodian investigators that one of them, a “Standing Female Deity,” was part of a pair he placed in an ox cart and covered with hay before taking them away for sale in 1997.

Khmer antiquities that arrived in museums, galleries and auction houses during and after the country’s era of upheaval have long been the subject of suspicion. In 1993, the International Council of Museums published a guide to 100 items known to have been looted from the Angkor temple complex. When the Met opened its Arts of South and Southeast Asia galleries in 1994, New York Times critic Holland Cotter wrote, “One is prompted to speculate on exactly how art objects are extracted from their impoverished, often strife-torn homes of origin to land in the lap of a rich American museum.”