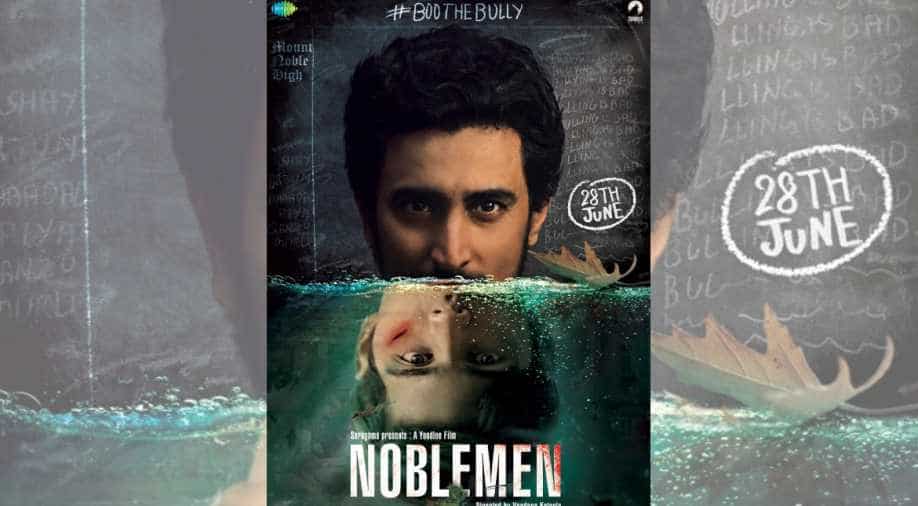 The film marks the directorial debut of Vandana Kataria. The story develops from that of a 15-year-old boy, Shay (played by Ali Haji) who struggles with his adolescent years as he is terrorised by a gang of bullies in his boarding school.

Kunal Kapoor is finally back in films as the poster of ‘Noblemen’ released today. The psychological drama starring Kapoor aims to tackle the issue of bullying in schools and colleges.

Marking the directorial debut of Vandana Kataria, Yoodlee Films brings ‘Noblemen’ to the audience as a film with a social message.

It has been shot against the backdrop of a prestigious boarding school in Mussoorie and offers a story that is a thrilling, coming-of-age drama which tackles the uncomfortable topic of bullying that is rampant in educational institutes.

The story develops from that of a 15-year-old boy, Shay (played by Ali Haji) who struggles with his adolescent years as he is terrorised by a gang of bullies in his boarding school. This happens because he lands the leading role in the Founder’s Day production of Merchant of Venice. Baadal (Shaan Grover), senior to Shay, believes the part should be rightfully his, and he enlists the support of his best friend and school Captain Arjun (Mohammad Ali Mir), to help him overthrow Shay from the part, by using any means possible.

This sets forth a chain of events that leads to a loss of life and innocence, with disastrous consequences.

Kapoor plays the role of the drama teacher, who coaches Shay to prepare for the part and becomes a huge influence in his life.

Director Vandana Kataria on the film said, " I am super happy and proud to present to all the poster of my debut film. It’s a psychological drama that brings to light the dangerous effects of bullying on young minds. Its been an exciting journey working with Yoodlee Films to get this film made, and I am really looking forward to seeing how audiences will react to our labour of love.”

Meanwhile, Siddharth Anand Kumar, VP Films and Television Saregama India and Producer at Yoodlee Films said, "Noblemen is Yoodlee Films' second release this year after Hamid. We are committed to making films that are relevant to our social fabric, that engages audiences, and yet entertaining at the same time. Noblemen explores deep-rooted adolescent issues and how youngsters deal with bullying– an uncomfortable truth, even in the most prestigious of educational institutions, and indeed, across all spheres of their lives.”