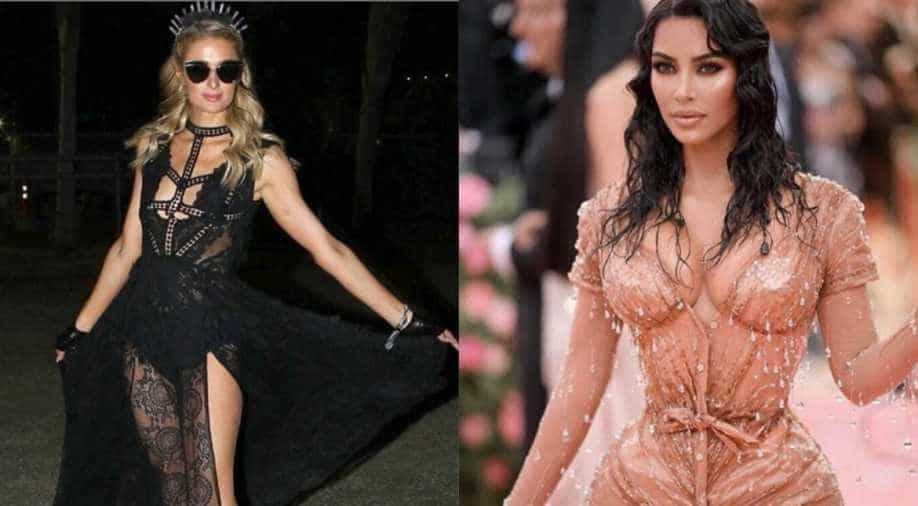 'Best Friend Ass' features Paris Hilton with Dimitri Vegas and Like Mike and was dropped on May 10.

Paris Hilton is all set to enthrall her fans with the music video of her latest track `Best Friend Ass` that will feature Kim Kardashian.

Paris Hilton shared a picture on Instagram with Kim from the sets, where the two are seen wearing silver shimmery dresses as they walk hand in hand.
She called Kim her `gorgeous girl` and captioned the picture, "So much on set of my Best Friends Ass music video with my gorgeous girl Kim Kardashian."

So much on set of my #BestFriendsAss music video with my gorgeous girl @KimKardashian. 🔥👸🏻👸🏼🔥

The track features Hilton with Dimitri Vegas and Like Mike and was dropped on May 10.

Kim Kardashian, who became mom for the fourth time on Friday, also shared some photos with Paris from the sets and captioned, "So fun shooting this video with Paris Hilton for her new song Best Friends Ass."

Kim Kardashian and Kanye West, who are already parents to Saint, North, and Chicago, welcomed a baby boy through surrogacy.

Meanwhile, Paris made headlines after she saved one of her friends from drunk driving in November last year.

In 2006, the `The World According to Paris` actor got busted for driving under the influence of alcohol and reportedly said that she would not have been able to live had she injured or killed somebody in the drunken driving spree.