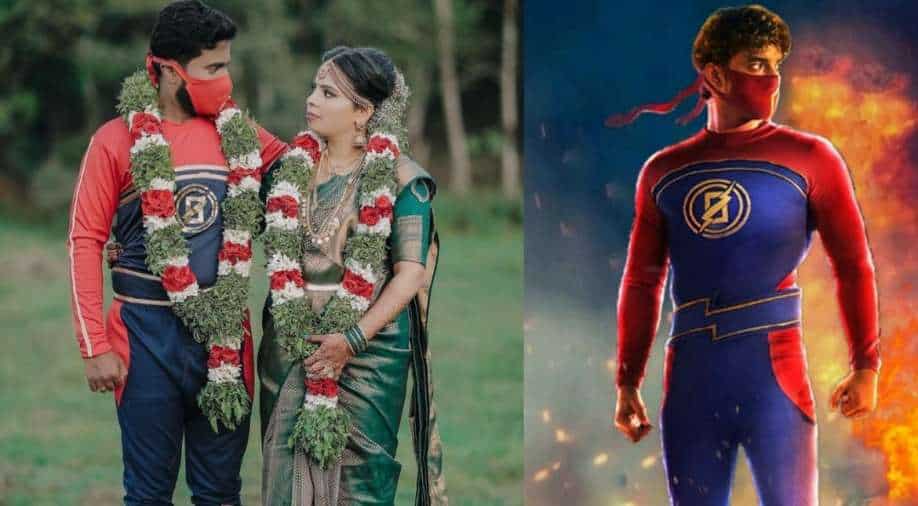 The man named Amal Raveendran was seen wearing the full costume in the wedding video as his bride wore a traditional saree.

After a successful debut of Tovino Thomas’ superhero movie ‘Minnal Murali’ on Netflix last December, the character has now seeped into popular culture as a man from Kerala dressed up in the same costume for his wedding shoot.

A Kerala groom shared a video of his wedding shoot dressed as Minnal Murali that now has the internet talking. As the video became popular, fans of the superhero tagged him for a response.

Tovino Thomas was reportedly offered a role in Aamir Khan’s ‘Laal Singh Chaddha’ but turned it down. The role eventually went to Naga Chaitanya.

‘Minnal Murali’ skipped its theatrical release and premiered directly on Netflix on December 24. In the movie, Tovino plays the role of a tailor who gains superpowers after being struck by lightning.

Mouni Roy ties the knot with beau Suraj Nambiar: All the inside photos of the wedding