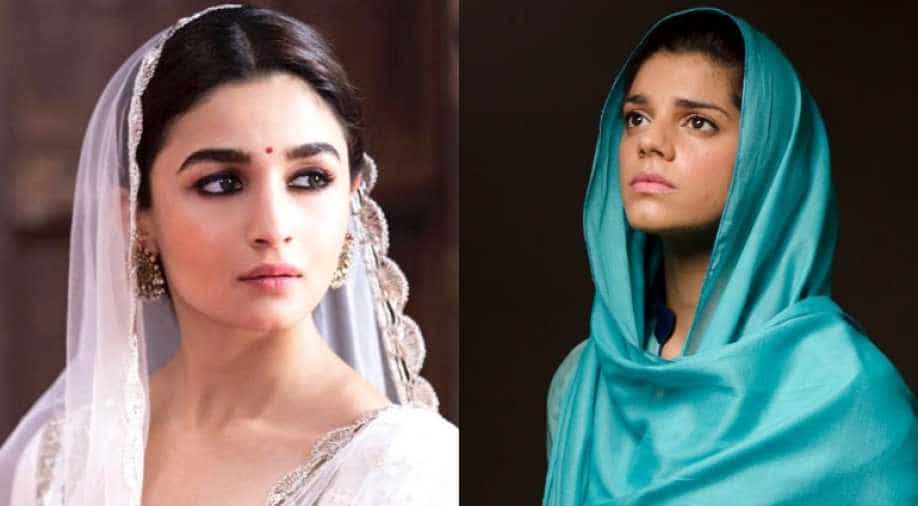 To prepare for her character Roop, Alia Bhatt drew references from old classiscs like 'Umrao Jaan' ánd 'Mughal-E-Azam' and revealed that she based her character on Kashaf from hit Pakistani show 'Zindagi Gulzar Hai' .

Ever since the first look of 'Kalank' came out, fans have been eagerly waiting for the film's release. Hailed as one of the most anticipated films of the season, 'Kalank' is set in pre-independent India and is a love story of Roop and Zafar.

To prepare for her character Roop, Alia Bhatt drew references from old classiscs like 'Umrao Jaan' ánd 'Mughal-E-Azam' and revealed that she based her character Roop on Kashaf from hit Pakistani show 'Zindagi Gulzar Hai' .

"I watched a lot of old films like 'Mughal-E-Azam' and 'Umrao Jaan' to get an understanding of grace and body language. (And) I had to clean my Hindi as I am speaking Urdu (in the film). Abhishek asked me to watch 'Zindagi Gulzar Hai'. The character of the girl in the show is very much how Roop will deal with the situation.

"She has responsibility on her shoulders so she is not always a happy person. She is vulnerable yet strong. It is difficult (to bring so many) layers - unhappy, vulnerable and strong to a character. Abhishek kept saying that I should not be irritating," Alia told a news agency while promoting her film 'Kalank'.

Reacting to the news, Pakistani actress Sanam Saeed, who played Kashaf in the show tweeted to Alia Bhatt saying she was 'tickled pink'. The 34-year-old actor took to Twitter reacting to Alia's interview and wrote, "@aliaa08 if this isn't made up news, I'm tickled pink. Best wishes."

The Pakistani actor featured as the independent minded, pragmatic Kashaf Murtaza opposite Fawad Khan's entitled, suave Zaroon Junaid in the show. How the two polar opposite protagonists grow to love each other as life partners while dealing with class and ideological differences is the story.

'Zindagi Gulzar Hai', aired on Pakistani channel Hum TV from 2012 to 2013, also emerged a huge hit in India when it premiered on Zee's Zindagi channel in 2014.

"Later, I heard it from Abhishek and he said he was adapting the film in his own way. After many months, I realised Abhishek had written this role keeping me in mind. The process of this film coming to me was very organic," she said.