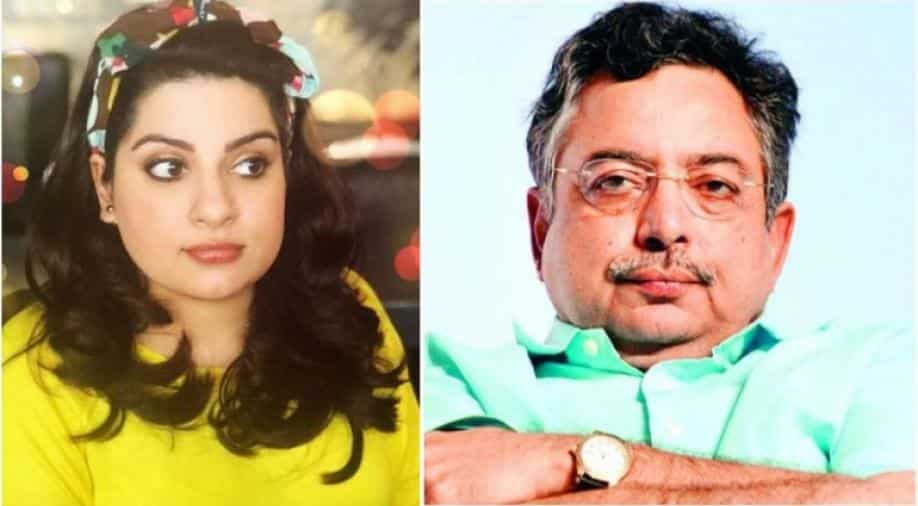 Mallika Dua has stated that she stands by the movement but this is her father's battle and she will let him fight it.

Veteran journalist Vinod Dua has been named by filmmaker Nishtha Jain in her #MeToo story. The filmmaker has accused Dua of sexual misconduct in an incident that took place in 1989.

In a long post on Facebook, Jain stated that Dua used to stalk her and 'slobbered' all over her face once. Dua had last year lashed out at Akshay Kumar for his sexist remarks on his daughter, Internet star Mallika Dua and  Jain found it ironical.

In her post, she wrote, "When I read about his outrage against Akshay Kumar's sexist words to his daughter Malika Dua, I said to myself he's obviously forgotten that he was no less sexist, no less misogynist, no less creepy a sexual harasser, potential rapist. If he did to me, I'm sure he would have done it to other women. Today, he does programmes explaining (to) the world what constitutes sexual harassment. He should stop everything and look into his own shady past."

Jain wrote how he had made lewd sexual jokes when she had made him for a job interview in June 1989. He was already a star-journalist while she was a fresher.

Jain recalls that while she did not get the job, Dua kept track of her whereabouts. " I got a job as a video editor in Newstrack. I don't know how this man learnt about it. He had friends in my office who would inform him when I would be working late. One night as I came down to the parking, he was there. He said, he wanted to talk to me and asked me to enter his car - a black SUV/Jeep, I don't remember the make as I'm not into automobiles. Assuming that he wanted to apologise for his behaviour, I entered the car but before I could even settle down he began slobbering all over my face. I managed to get out and get into my office car and leave. "

Jain apologised to Mallika Dua and said, "Sorry, if I have inadvertently shamed Mallika Dua. I had no such intention. Thanks for friends and supporters for pointing this out. She's in no way responsible for her father's acts. However, I do hope she'll be able to believe me, empathise with me as well as the other women he has harassed," she wrote on Facebook.

Mallika on her part issued a long statement addressing to Jain and stated that she would continue to be in solidarity to ongoing the #MeToo movement however she felt it was unnecessary of Jain to pull her name in the controversy. "This isn't my battle to fight. It isn't my responsibility, shame or burden. I will deal with this my way on my time," wrote Dua and added that "If at all my father is truly guilty of what you described, it is unacceptable, traumatic and painful."

Mallika concluded her statement by saying, "This is my dad's battle, I will let him fight it and I will stand by him."