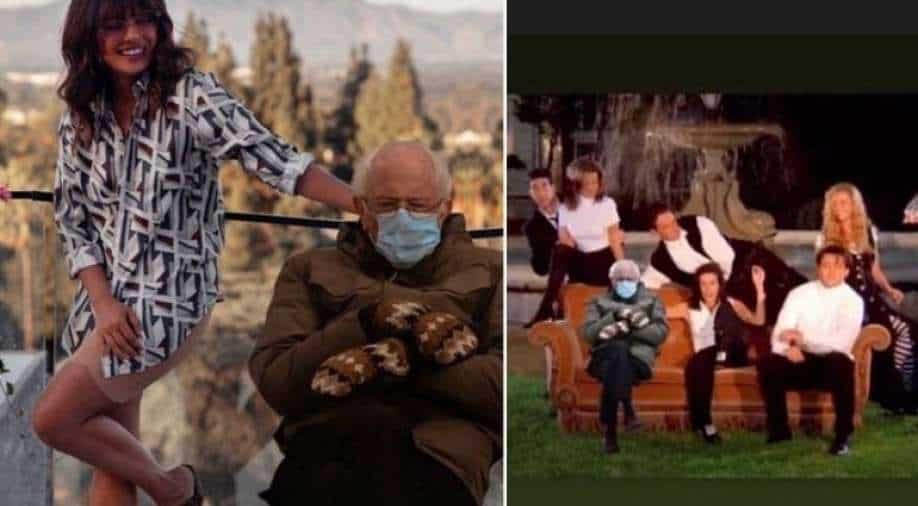 Bernie Sanders was seen wearing a short beige overcoat and brown and white woolly mittens at the Inauguration Day.

The one thing that people can't stop talking about from Joe Biden inauguration day is Bernie Sanders and his casual look. While the meme game is getting more hilarious, and by not missing out the fun, celebrities have come out to join the meme bandwagon

Sanders was seen wearing a short beige overcoat and brown and white woolly mittens, his style quickly grabbed everyone attention as it was quite different from all the other attendee who was donned in a formal look.

Bernie Sanders opens up about that 'meme' moment from Biden inauguration

From Jennifer Aniston calling him one of his 'Friends' member to  Ryan Reynolds shared the 'Deadpool', here are some more meme of USA politician.

'The Morning Show' star offered up three hilarious memes of herself with Sanders on Instagram Story. Sarah Jessica Parker shared a meme, where Bernie can be seen joining her on “Sex and the City', ''Like a needle in a haystack'', he captioned the post.

Demi Moore shared an iconic scene from “Ghost” featuring Sanders. ''This is the one 😂 Thank you for this masterpiece! #FeelTheBern'', he captioned the post.

Busy Philipps shared a funny meme of the infamous 2017 Oscar Best Picture win mix-up.''Bernie knew there was a mixup.'', he captioned the picture.

Bernie knew there was a mixup. pic.twitter.com/eIcR80s1v7 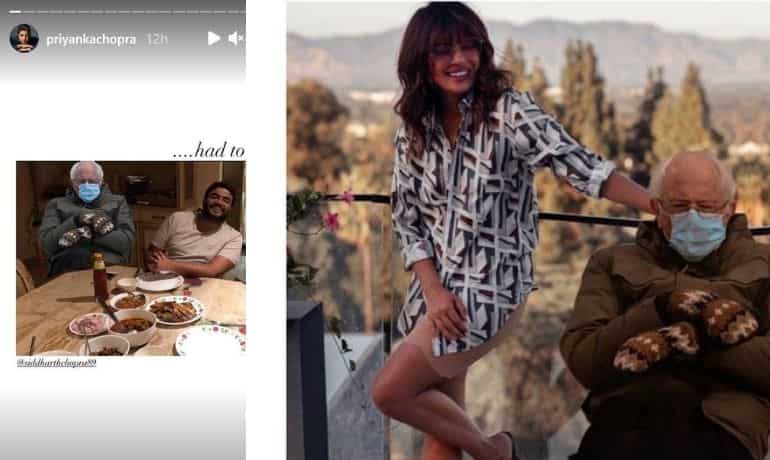 Singer Grande posted a picture of Sanders sitting in a park.

Actress Eva Longoria also shared a photo which showed Sanders on the set of the hit series 'Desperate Housewives',  “Do you ever feel like someone is watching?” she wrote.