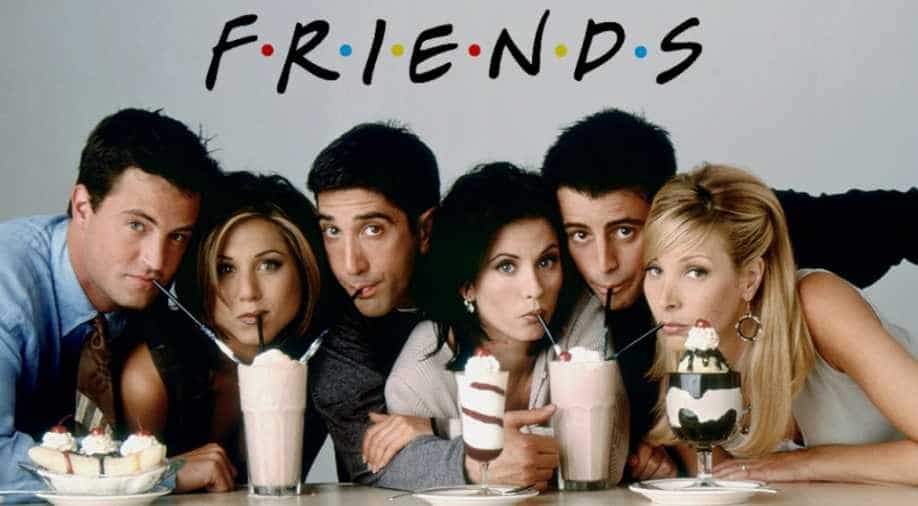 This one should be called 'The one where they got back together'.

It's official! The much-awaited ‘Friends’  reunion is indeed happening. The six cast members will come together for an unscripted, one hour special for HBO max soon.

Cast members of the show  Jennifer Aniston, Courtney Cox, Lisa Kudrow, Mathew Perry and David Schwimmer shared the same throwback photo from their show on Instagram and simply captioned the photo as ‘It’s happening’ – putting to rest months of speculation about the reunion.

The reunion will premiere in May – when HBO debuts its new streaming platform HBO max. All the episodes of the hit sitcom will also be available for streaming on the same platform.

The reunion is reportedly going to be unscripted, and will also feature the series’ creators, David Crane and Martha Kauffman, along with the lead cast. It will be taped in Stage 24 of the infamous Warner Bros lot in Burbank, where Friends filmed its entire show.

There have been several reports about a possible reunion ever since Jennifer Aniston posted a photo of the stars on her Instagram. Aniston, in fact, came on Ellen Degeneres' show and also revealed that a reunion was indeed being planned but did not divulge details.

The cast celebrated 25 years of the show in September 2019.

The news of the reunion brought happiness to a lot of people on Twitter and they used appropriate memes to express their joy.

When the Friends cast all post “It’s happening...” at the same time #friendsreunion pic.twitter.com/czSWyScsFA

When the Friends cast all post “It’s happening...” at the same time #friendsreunion pic.twitter.com/czSWyScsFA

21 February 2020.
The #FriendsReunion was announced.
History was made.
And this bow won’t be their last anymore. pic.twitter.com/8PtyMMKri4

The unscripted show will be hosted by Ellen Degeneres who will be in conversation with the cast and creators of the show.