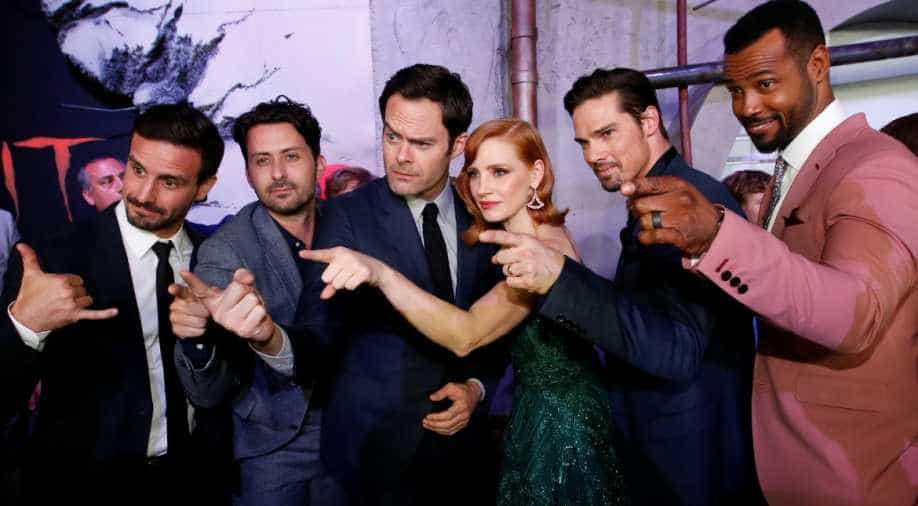 Leave it to Pennywise to deliver a much-needed jolt to the domestic box office. Warner Bros. and New Line's 'It: Chapter Two' arrived with $91 million, a promising start to fall after a lacklustre summer moviegoing season.

While those ticket sales are behind the jaw-dropping $123 million launch of its predecessor, 2017's 'It,' the follow-up still ranks as the second-best horror opening in history, as well as the second-highest bow for the month of September (both behind 'It'). Directed by Andy Muschietti, 'It: Chapter Two' was also a necessary win for Warner Bros. following a dismal summer that saw disappointments such as 'The Kitchen,' 'Godzilla: King of the Monsters' and 'Shaft.'

"We're absolutely thrilled with our result," Jeff Goldstein, Warner Bros.' president of domestic distribution, said on a Sunday morning call. "Andy Muschietti and New Line, as well as the marketing team led by Blair Rich, created one of those moments where it all works. We're proud of it."

The R-rated horror sequel didn't receive the same critical love as the first ('It: Chapter Two' carries a 64% on Rotten Tomatoes compared to 87% for the original). However, audiences were more favourable, giving the same B+ CinemaScore as the 'It.' Over half of opening weekend crowds were male, while 33% were under the age of 25. Younger moviegoers appeared to be even more enthusiastic: Ticket buyers 25 years old and younger awarded the film with an A- CinemaScore and those under the age of 18 gave it an A.

"The Pennywise character really speaks to [younger audiences] in a big way," Goldstein said. "We have such a strong millennial audience, which tells us we should have a long play in front of us."

'It: Chapter Two' clocks in at a lengthy two hours and 50 minutes, nearly 30 minutes longer than the first film. While longer runtimes could result in less screenings and therefore fewer tickets sold, the studio bypassed that by securing 4,570 theatres, the widest September release to date.

"The movie was long, but we strategically dealt with that by adding a lot more showtimes, which gave audiences an opportunity to see it at a time that works for them," Goldstein added.

Based on the second half of Stephen King's doorstop of a novel, "It: Chapter Two" picks up 27 years after the Losers' Club thought they rid their small town of the terrifying clown known as Pennywise (Bill Skarsgard). When the sewer-dwelling, shapeshifting demon resurfaces, the unlikely heroes return to their hometown of Derry, Maine to get rid of the evil force once and for all. The sequel stars Jessica Chastain, James McAvoy, Bill Hader and Isaiah Mustafa as the adult version of the kids who took on Pennywise over a quarter of a century before.

Since "It: Chapter Two" was the only newcomer to movie theatre marquees, popcorn season leftovers filled out box office charts. In a very distant second place, Lionsgate and Millennium's "Angel Has Fallen" collected $6 million. After three weeks of release, the Gerard Butler-led action threequel has generated $53.46 million.

Universal's comedy 'Good Boys' landed at No. 3 with $5.39 million, boosting its domestic bounty to $66.8 million. Disney's 'The Lion King' nabbed fourth place with $4.2 million in its eighth week in theaters and has generated $529 million in North America. Rounding out the top five is Universal's "Fast & Furious Presents: Hobbs & Shaw," which amassed $3.7 million for a domestic tally of $164 million.

Despite the success of 'It: Chapter Two,' the domestic box office is still down over 6% from last year, according to Comscore. But the last four months of 2019 looks to have some hits in store, including 'Hustlers,' 'Joker,' 'Frozen 2' and 'Star Wars: The Rise of Skywalker.'