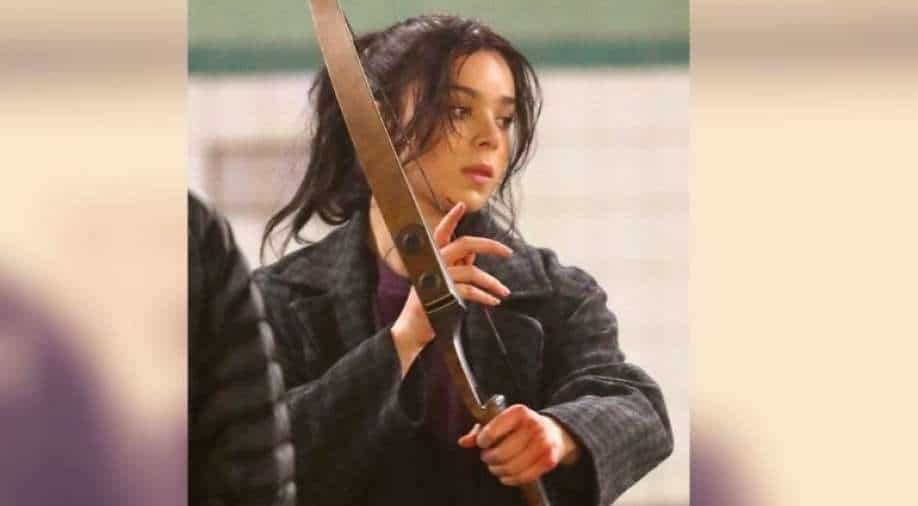 Hailee Steinfeld was spotted filming with Jeremy Renner on the New York City set of 'Hawkeye' series. Steinfeld might be playing the role of Kate Bishop, the young Avenger and skilled archer who made her comics debut in 2005.

The actor was spotted filming with Jeremy Renner on the New York City set of the upcoming series on Wednesday.

Fans were quick to identify Steinfeld's character as Kate Bishop, the Young Avenger and skilled archer who made her comics debut in 2005. In the comics, Kate was the first female to use the Hawkeye name.

Steinfeld was wearing a purple outfit and long black jacket while holding a large bow. She and Renner's character—Clint Barton, a.k.a. Hawkeye—are seen running down the stairs of a subway station, with Clint spotting a bloody forehead.

Fans of Marvel Cinematic Universe have long speculated about who might be cast to play Kate Bishop in the upcoming series that does not yet have a release date. The series is set following the climactic events of the 2019 blockbuster Avengers: Endgame, which is the highest-grossing film of all time.

The Oscar-nominated actress has plenty of experience in the action-adventure realm. She voiced Gwen Stacy in the Oscar-winning Spider-Man: Into the Spider-Verse, and she also starred in the live-action Transformers flick Bumblebee.