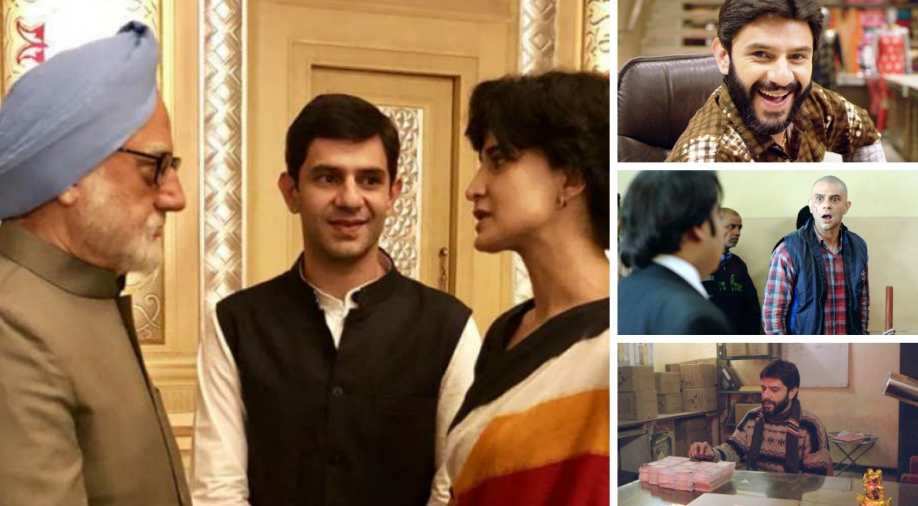 In a chat with WION, actor Arjun Mathur spoke about his role in ‘The Accidental Prime Minister’, being an unconventional artist, the fuss around small-budget vs. big-budget cinema and his entry into Netflix with ‘Brij Mohan Amar Rahe’.

The first Hindi film of the year 2019, ‘The Accidental Prime Minister’, released in theatres today amid the backdrop of controversies encircling the movie’s plot and its central character -- the former Indian PM Manmohan Singh essayed by ace actor Anupam Kher. See trailer here.

As eager fans gear up to know how ‘The Accidental Prime Minister’ fares at the box office, WION got talking to actor Arjun Mathur who will be seen in the film in the role of present Congress chief Rahul Gandhi. In an exclusive chat, he revealed the details about his role, being an unconventional artist, the fuss around low-budget vs. big-budget cinema, how he fared last year as an actor and his entry into Netflix with ‘Brij Mohan Amar Rahe’.

Ready to be seen in the role of Rahul Gandhi in a film that is based on Manmohan Singh’s escalation to power after his character’s mother, Sonia Gandhi announced his name for the prime ministerial post in 2004 -- he said that his approach to the subject was pretty clear as it is “a real-life character.” Read review of 'The Accidental Prime Minister' here.

He said, “It’s a real-life character, very much in the public life. There was definitely a lot of conflict before I took it up but as an actor if I am not doing it then someone else will. I can’t get so stuck in ‘I don’t want to do this because it will get a lot of hate on social media’.”

Speaking about the dark undertones of the Indian politics, #TheAccidentalPrimeMinister is just 3 days away. Coming to cinemas on January 11 https://t.co/aOtTlO0768 pic.twitter.com/mH2L1lUV3f

Arjun admitted knowing before its release that his character and the film will become a hot topic for debate. He added, “I can't control the hate. I understand it’s not personally charged towards me. It makes it (the role) more appealing, more challenging.”

Discussing his films, the 37-year-old said that he likes being called an ‘unconventional artist’. From ‘Luck By Chance’ to ‘My Friend Pinto’, ‘My Name Is Khan’ and now ‘The Accidental Prime Minister’; Arjun said that he chooses those films in which he gets to showcase himself as an actor. He said, “I don’t want to be an embellishment in a film that is a vehicle for another superstar. At the end of it, all actors want to do films where he or she can do more.”

With a few films down, the actor doesn’t want to get into the debate of what’s better between commercial and non-commercial cinema. He said, “If a commercial film is coming to me with a kickass part then why not. I don’t think independent films and commercial films are exclusive of each other. I think the best product is that which is rooted enough, in a realistic manner to the audience, and which will bring producers their money back.”

He continued, “There’s a quality of film I attempt to do, rather I consciously attempt to do. Every actor has to decide what quality is okay for him. I don’t have to look down at what other people are doing but I think each human being is wired differently. I am doing the work that I connect with, out of what I am offered. What essentially started happening was that the commercial films were pitting me as the hero’s friend or this or that but if independent films are giving me an opportunity to carry a film on my shoulders independently, then why should I not? It is the path that has worked for me. I am proud of every film I have been a part of.”

Arjun is clear on the filmography he wants to create and added, “I don’t see any merit in following the herd. We must challenge conventions -- in films, in the world around us. Growth has never happened with just following conventions.”

The actor had a good time on screen last year as he featured in an Indian originals Netflix film titled ‘Brij Mohan Amar Rahe’, an adult black comedy. He played the role of a Delhi-based small-time businessman, Brij Mohan, who gets caught in his own web of lies as he tries to break away from the monotony of life. While the film did not fare well with the critics, Arjun was lauded for his work.

Almost thinking twice about his view on small vs. big-budget films, he reflected, “I don't even slot films as commercial, independent. For me, I am just doing a film. Nowadays, we don't even know what’s going to happen.”

“When we started doing the film, it was supposed to have a theatrical release. It then got released on Netflix and has gone to more than 130 million people in so many countries. We don’t really have a control on commercials of anything,” he said, talking about the Netflix film.

The trailer of the Netflix film:

With such a staggering response to the film, Arjun was all praise for Netflix as it “maximizes audience and increases shelf life.” While he admitted the plus points of an OTT platform, he was quick to add that going to a cinema hall has a pleasure factor to it.

He said, “Personally, I only go for films that are worth watching on a big screen, like a superhero or a special-effects film. Otherwise, in this day and age, everybody sets up a home theatre and watches in the comfort of their homes and why not? Cinema will always have its charm but I think digital platforms are changing the way films are viewed. As an artist all we want is that maximum number of people watch our films. If Netflix is sending it to millions of people in hundreds of countries -- as opposed to a film like ‘Brij Mohan’ getting a badly-timed slot in the theatres because two-three other big films are lined up, this is a fair game for everyone.”

From helping actors to reach more number of households in the way of its platform to giving ultimate freedom to filmmakers, Arjun also feels that Netflix aids creativity in cinema. On his take on censorship, Arjun said, “I hate censorship. I detest it. There should be no censorship. There should only be certification and the audience needs to be given the power to decide what is okay for them to consume and what is not okay for them, not some body.”

Arjun will be seen with Anupam Kher, Akshaye Khanna, Suzanne Bernert and Aahana Kumra in important roles in ‘The Accidental Prime Minister’.