'The Accidental Prime Minister' review: A fictional account of real people in power 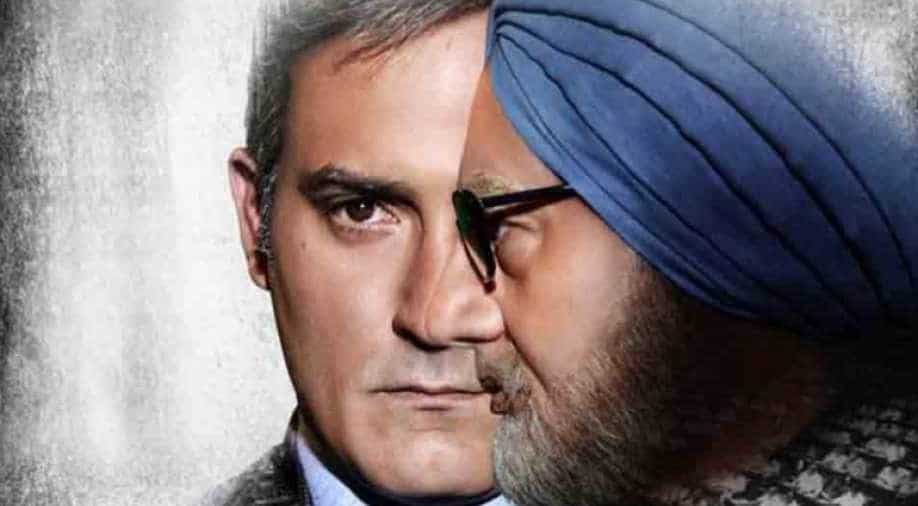 What could ideally be a story of a good statesman trying to strike a balance between serving the country and the inner politics of a party, turns out into a film with caricature characters.

A film titled 'The Accidental Prime Minister' should ideally be about a reluctant leader of the state. Instead, director Vijay Ratnakar Gutte's film, which is based on journalist Sanjaya Baru's book by the same name, focusses more on Baru and tells the story from his perspective.

Right from the beginning of the film, it is evident that the film has a single-point agenda, to highlight the autocratic rule of 'The Family' during the UPA regime. For those coming in late, the book was based on Baru's tenure as the media advisor to former PM Dr. Manmohan Singh under the Congress-led UPA government. Does the film remain true to the book? Not completely which is why it focusses more on Baru (Akshaye Khanna) and less on Dr. Singh (Anupam Kher)- delivering a fictional account of previous government.

What could ideally be a story of a good statesman trying to strike a balance between serving the country and the inner politics of a party, turns out into a film with caricature characters- none being true to the story or the people they are based on. Baru who breaks the fourth wall often serves as a narrator of sorts and portrays a story where Dr. Singh is depicted as a naive, hapless man who bows(reluctantly) too often in front of his party and the party President. So many times Khanna is seen reminding Kher that he is the PM of India and he should be more firm with his decisions.

'The Family' is only mentioned once- the rest of the times, the Censor Board mutes it along with a few other lines, but despite the bleep, the film makes no bones about the fact that it has a single-point agenda. Written haphazardly and edited shoddily, the film takes controversies and incidents that rocked the country during the UPA rule and then strings together a rather dramatic and partly fictional story of power.

It could have been an interesting tale though. Of a man torn between his own sensibilities on how to run the country and dealing with the diktats of a party that was too dependent on one family. Even if it was a fictional account of real-life characters, the film could have been a strong statement on how people in power in this country function and how dynamic Indian politics can be. But instead what one gets is an inconsistent, incoherent film that even at 110 minutes runtime appears too long- much like the UPA regime on which the film is based on.

It also doesn't help that some of the most prominent incidents under the UPA rule are oversimplified. The nuclear deal, the Radia tapes, the 2G scam- all are very loosely strung together in the sketchy narrative. For those who may not be aware of all these controversies in details, it may take them some time to understand the context.

The film is not technically sound. So many of the scenes have been shot in chroma and the VFX is almost childlike. One can completely make out the scenes which have used images of the south block in its backdrop. The transition from one scene to the other is also not smooth and the editing is choppy, to say the least.

The film though has a formidable performance from Khanna who as Baru delivers a fine act. With a constant smirk on his place, Khanna delivers even the most dramatic (also unnecessary) lines with conviction and makes one enjoy his performance. It's not easy to get the mannerisms and voice of Dr. Singh and Kher gets it right to an extent. It's only after a point that it appears a little too deliberate to make him look slightly comical. Actors Divya Seth as Singh's wife, Arjun Mathur as Rahul Gandhi and Ahana Kumra as Priyanka Gandhi are given very little screen time. There is Suzanne Bernert as Sonia Gandhi and Vipin Sharma as Ahmed Patel who play the main 'villains' to Singh and Baru's 'love story'.  At one time, the film into a flashback with sepia tone montage of Baru and Singh bonding at the PMO- a typical in many Bollywood love stories. Then there is also a part where Singh hesitantly says 'I miss you' to Baru as he comes to visit the PM post the his resignation.

One doesn't really have to be a loyalist of Congress to understand that the film has an agenda in mind. The release of the film is timed perfectly ahead of the general elections of 2019. It would be interesting to see whether the film, that appears to be hurriedly put together by Gutte, works in favour of any of the parties or just goes down in history as a laughable propaganda film.