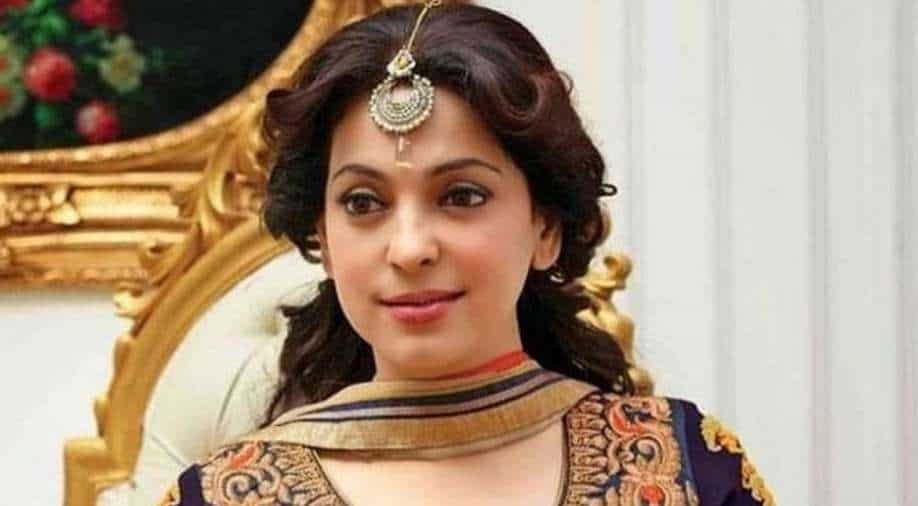 The actress is seeking a scientific study on any adverse effects of radio-frequency radiation emitted by cellular telecommunications using 5G technology on ‘health, life, organ or limb of adult or child, or to flora and fauna’

In her petition, she seeks a scientific study on any adverse effects of radio-frequency radiation emitted by cellular telecommunications using 5G technology on ‘health, life, organ or limb of adult or child, or to flora and fauna’ before its official rollout in the country.

The petition will be taken up on June 2.

It seeks answers from the Science and Engineering Research Board (SERB) to certify that deployment of 5G technology for cellular communications posed no reasonable risk or hazard. Juhi Chawla's fan croons her hit song during 5G plea hearing, court not impressed

The petition filed by Juhi Chawla along with Veeresh Malik and Teena Vachani, has also urged the authorities to rope in the Indian Council of Medical Research (ICMR), the Central Pollution Control Board (CPCB), and the Telecom Regulatory Authority of India (TRAI) to conduct their respective study on the issue.

“The state, equally, has an ongoing duty — again, on the principle that ‘prevention’ is better than ‘cure’ — to scientifically vet all products and technologies before they are permitted to be commercialised and/or accessed by society at large,” the petition stated.

“If the telecommunications industry’s plans for 5G come to fruition, no person, no animal, no bird, no insect and no plant on Earth will be able to avoid exposure, 24 hours a day, 365 days a year, to levels of RF radiation that are 10x to 100x times greater than what exists today, without any possibility of escape anywhere on the planet. Despite widespread denial by vested and partisan interests, the evidence that radio frequency radiation is most certainly harmful to life is already overwhelming. These 5G plans threaten to provoke serious, irreversible effects on humans and permanent damage to all of the Earth’s ecosystems,” it added.

The plea cited the example of Brussels in Belgium which became the first major city in the world to actually halt any further steps in the 5G rollout in April 2019 on account of recognised health hazards.