In pics: Sara Ali Khan, Ranveer Singh chill on the sets of 'Simmba' in Switzerland 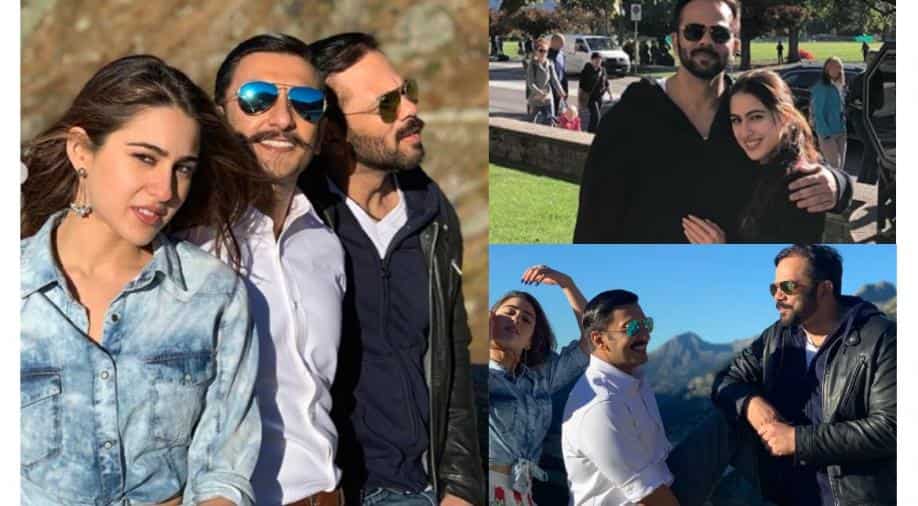 ‘Simmba’ will release on December 28 this year.

Sara Ali Khan and Ranveer Singh are currently enjoying a good time together as they shoot for Rohit Shetty’s ‘Simmba’ that has ‘Padmaavat’ star play a cop while Sara’s character is kept under the wraps. See their first look here.

Sara took out time to tease her fans with some fun pictures of herself with director Rohit and co-star Ranveer in the snow-covered terrains of Switzerland. In one, the new-in-Bollywood actress is seen in a denim top paired with floral skirt combo as she struts in a boomerang video with the two boys. She captioned the images:  "Sweet Swiss Shenanigans."

Sara then posed in a different attire, this time a saree. Calling the photo, "Sunday, fun day” she posed in a bright saree that makes the photo livelier than before.

Apart from the photos that have come out from the set, Sara also enjoyed her time paragliding. She wrote: "The moment you doubt whether you can fly, you cease forever to be able to do it. Sky's the limit. Fly high.”

The moment you doubt whether you can fly, you cease forever to be able to do it. 🆙🔝🇨🇭🙋🏻‍♀️✈️ #skyisthelimit #flyinghigh #swissalps

Sara will soon be seen opposite Ranveer in ‘Simmba’, a Hindi remake of the Telugu film ‘Temper’. The film has been produced by Karan Johar's Dharma Productions and showcases the journey of a righteous cop named Sangram Bhalerao. ‘Simmba’ will release on December 28 this year.