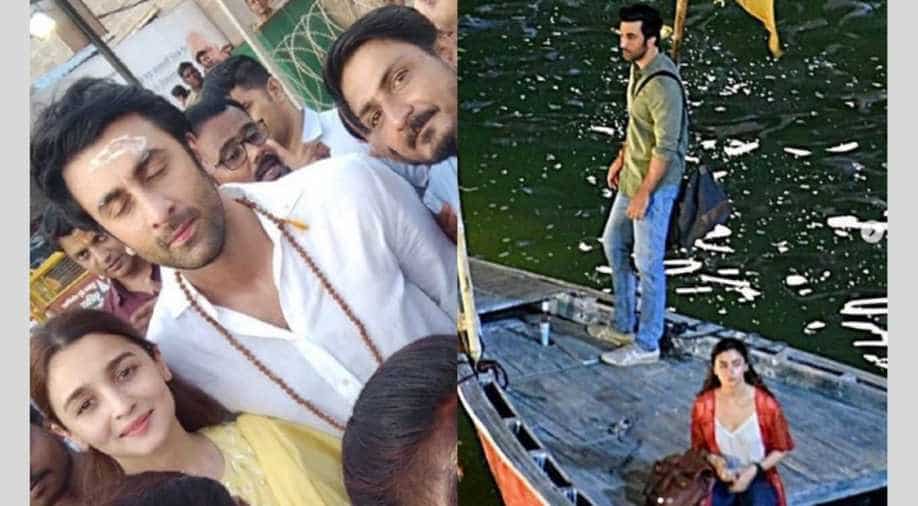 The film was earlier scheduled to release this Christmas but it has been postponed to next year now.

Ranbir Kapoor and Alia Bhatt were recently joined by veteran actor Nagarjuna as they were last seen in Varanasi. TV actress Mouni Roy was also seen with them as they held a press conference for their upcoming film, ‘Brahmastra’.

The film directed by Ayan Mukerji is an adventure-thriller that will see a fresh pairing of Alia Bhatt and Ranbir Kapoor. It’s a fantasy trilogy that will also have Amitabh Bachchan.

Pictures from the shoot have kept their fans entertained. In a series of photos, Alia-Ranbir were seen on a small boat. They were also captured inside a setup that looked like a temple. A deity could be seen in the background.

#RanbirKapoor #AliaBhatt Snapped in Set Of #Brahmastra in Benaras #ranbiralia

In another, they were spotted at the Kashi Vishwanath temple recently where Alia wore a simple yellow salwar suit and Ranbir wore a ‘rudraksha mala’ over a plain white shirt. He also had a tika on his forehead.

A post shared by Ranbir Kapoor Universe (@ranbirkapooruniverse) on Jun 7, 2019 at 9:38pm PDT

The film was earlier scheduled to release this Christmas but it has been postponed to next year now. They had launched 'Brahmastra' logo at Kumbh Mela.