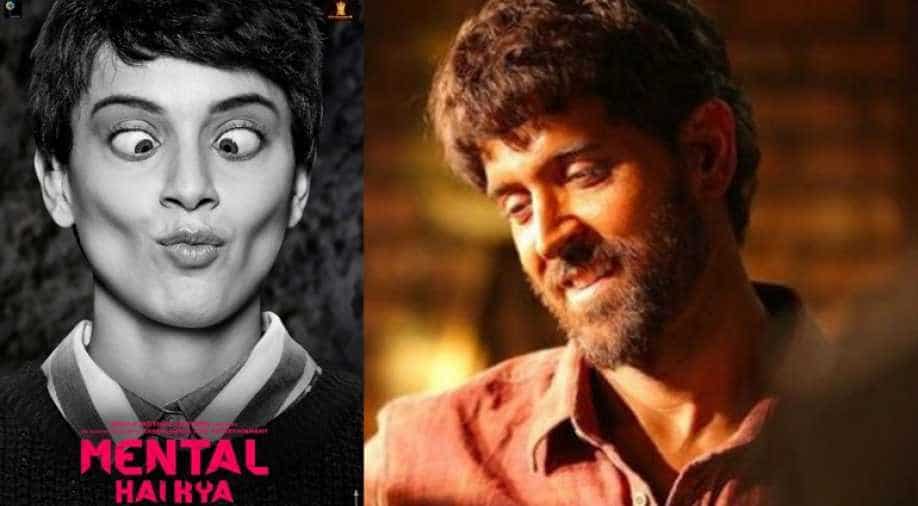 Roshan's statement comes a day after Kangana's sister Rangoli Chandel took to Twitter to warn Hrithik over a box office clash between the two films.

Hrithik Roshan's 'Super 30' and Kangana Ranaut's 'Mental Hai Kya' were all set to clash at the box office on 26th July. But Roshan, in a statement posted on social media has decided to push the release date of his film. Producer Madhu Mantena is yet to announce the new date of the film.

For those coming in late, Kangana and Hrithik have been embroiled in a bitter legal battle over the past 3 years so naturally their films releasing on the same day would have caused a lot of discussions.

Roshan's statement comes a day after Kangana's sister Rangoli Chandel took to Twitter to warn Hrithik over a box office clash between the two films.

"So as to not allow my film to be desecrated by yet another media circus, I have decided to shift the release date of my film `Super 30` in order to save myself from the personal trauma and toxic mental violence this would cause," Hrithik said in the statement posted on Twitter.

"Despite the film being ready, I have requested my producers to shift and announce the next suitable date as soon as possible," added the actor, who has had a personal clash with Kangana in the past.

"Over the past few years, to my utter dismay, I have been witness to a lot of us cheering and encouraging what was/is an open and blatant case of harassment. I must even now, wait patiently and silently for the collective consciousness of society to take cognizance of such matters in order to maintain our faith in civility of our society."

He concluded the statement by saying: "This unrelenting helplessness must end."

Earlier this week, the film`s production banner Reliance Entertainment had announced that 'Super 30' will hit the screens as scheduled on 26th July amidst a hullabaloo that its release date may be changed due to a clash with 'Mental Hai Kya'.

The actors were involved in a row which began after Kangana referred Hrithik as a 'silly ex' which was contested by Hrithik. This was followed by an exchange of legal complaints and mud-slinging.

There was a buzz that Kangana had recommended that the release date of 'Mental Hai Kya' be changed so that a box office face-off with Hrithik is possible.

However, a statement on behalf of Balaji Motion Pictures has said the decision has been taken for "better box office prospects" for "Mental Hai Kya".

On Wednesday afternoon, producer Ekta Kapoor tweeted: "The ugly underground tweets have begun. I`ve promised to keep it clean and have assurances from my actors on the same. I hope personal assaults on them stop, because it`s my decision and not theirs."

Replying to this and addressing Hrithik as Jadoo -- an alien from his film 'Koi... Mil Gaya', Rangoli, who also happens to be Kangana's spokesperson had tweeted, "What to expect from a man who always prefers to attack your back rather then meeting you in the battlefield...so far it wasn`t her concern, magar ab tu dekh (but now you wait and watch)... Jadoo."

What to expect from a man who always prefers to attack your back rather then meeting you in the battle field, jitna tu aur tera PR Kangana ko giraega utna he woh teri maregi.... so far it wasn’t her concern magar ab tu dekh... Jadoo. https://t.co/D4GiBqWkbI