Woah! Tom Hanks' volleyball in Oscar-nominated 'Cast Away' sold for an unbelievable sum 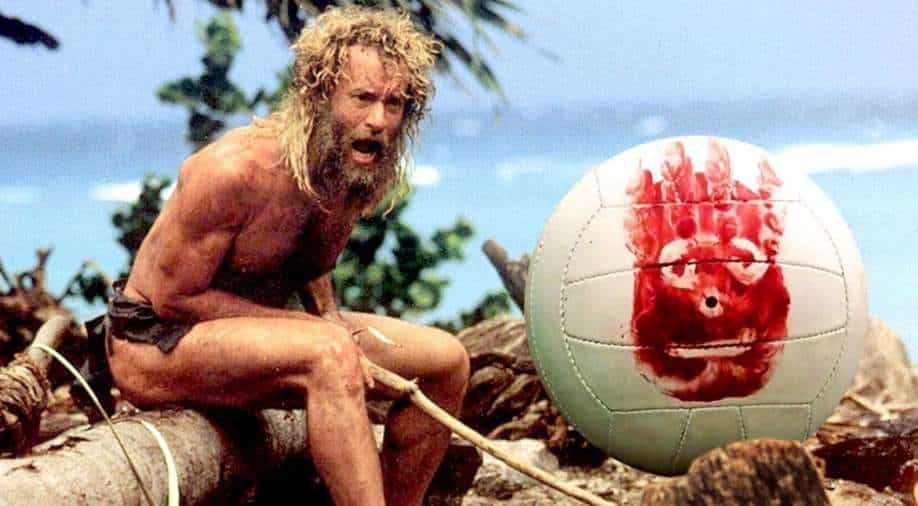 Tom Hanks was given an Oscar nomination for Best Actor and the film was also nominated for Best Sound.

In 2000 came a special film 'Cast Away' from a very special Hollywood actor, Tom Hanks.

So, it comes as no real surprise that the volleyball used as a prop in the survival film has sold for a whopping $308,000 at a recently held auction, reports claim.

'Cast Away' was a remarkable story of one man's desire and strong will to survive--played by Hanks--on a deserted island where the volleyball, named Wilson by the central character, ends up being his only friend.
The ball in question was made to look filthy as it had spent a significant amount of time in the water during filming, according to Prop Store, the auction house that's responsible behind the sale.

Tom Hanks was given an Oscar nomination for Best Actor and the film was also nominated for Best Sound.
During the film, Hanks' character talks to Wilson as coping mechanism to keep his sanity intact all the while trying to stay alive.

Also read: 'Your security is my responsibility': A look at artists who stopped their concerts to protect their fans

At the auction, the ball was described as a "heavily distressed with paint applied to create a worn, dirtied appearance... dark brown-and-red 'face' on the front," and "the top is torn open, and an array of tobacco stalks are inserted to replicate the appearance of hair."