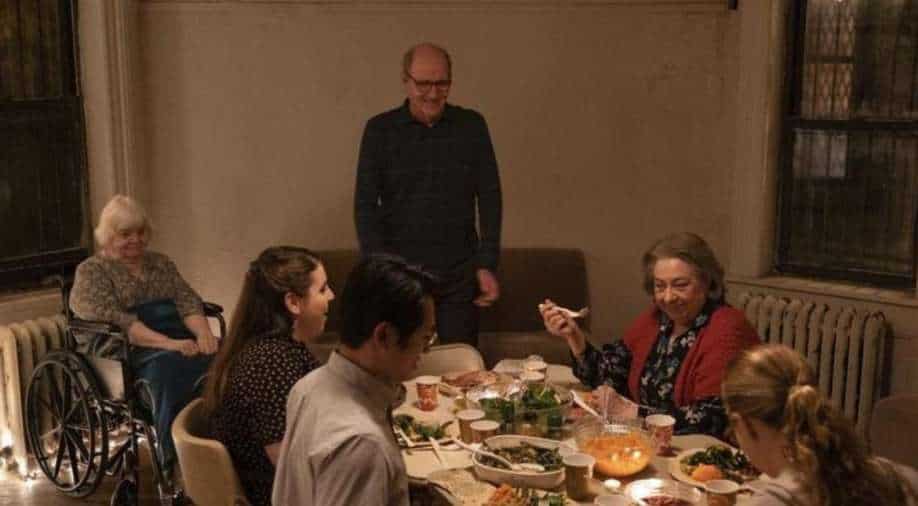 A still from the film 'The Humans'. Photograph:( Twitter )

Horror has always been an elastic and regenerative genre. It lifts from and melds with just about every type of cinema: comedy, sci-fi, action, romance, fantasy, documentary.

A few days before Halloween, the @NetflixFilm Twitter account put out a call: “What movie isn’t technically a horror movie but feels like a horror movie to you?” Included was a photo of a freaky-eyed Gene Wilder in “Willy Wonka &amp; the Chocolate Factory.”

Twitter being Twitter, some of the responses were flip, like “It’s a Wonderful Life” and “Cats.” But there were also heavy hitters like “2001: A Space Odyssey” and “Parasite.” Children’s films, including “Pinocchio” and “Bambi,” made the cut. It just goes to show, horror is what scares you, not me.

Horror has always been an elastic and regenerative genre. It lifts from and melds with just about every type of cinema: comedy, sci-fi, action, romance, fantasy, documentary. Its flexibility extends as far back as the monstrous love story in “Bride of Frankenstein” (1935) and as current as the blood-drenched melodrama of “Malignant.” 'Money Heist' S5 to 'Matrix 4': Big December releases you cannot miss

But how do you know if you’re watching a horror movie when there’s no killer or monster, exorcism or blood? It’s a decades-old question that’s being asked about new films that blur the line between a movie with horror and a horror movie.

Among them are “The Humans,” Stephen Karam’s darkly comic family drama set during a Thanksgiving dinner; “The Lost Daughter,” Maggie Gyllenhaal’s forthcoming eerie character study of a college professor at a Greek resort who becomes obsessed with a fellow vacationer and her daughter; and perhaps unexpectedly, “Spencer,” Pablo Larraín’s speculative, dream-logic psychodrama about Princess Diana.

The film follows an unsettled Princess of Wales (Kristen Stewart) as she spends a Christmas holiday on the precipice of a madness that may not be real. In his review for The New York Times, A.O. Scott called it a Christmas movie, psychological thriller, romance and “a horror movie about a fragile woman held captive in a spooky mansion, tormented by sadistic monsters and their treacherous minions.”

Read reviews and these films sound like Shudder originals. In The Times, critic Jeannette Catsoulis used the words “monstrous,” “despairing,” “eerie” and “sinister” to describe “The Humans,” concluding that the family was stuck in a haunted house. IndieWire said the drama “blurs the line between Chekhov and Polanski — Broadway and Blumhouse” and is “the first real horror movie about 9/11.” (Two of the family members were at ground zero that morning.) The Guardian said “The Lost Daughter” tells the story of a woman who “haunts the resort like a ghost while other ghosts are haunting her.”

For some directors, positioning the word “horror” anywhere near a film they don’t consider a horror movie would be erroneous or provocation. Not Karam. He was riveted by horror movies as a child in Scranton, Pennsylvania; his gateway drug was the Disney ghost story “The Watcher in the Woods” (1980), with Bette Davis as the owner of an English mansion who’s mourning her missing daughter.

Now 42, Karam remains a devout horror fan, citing Stanley Kubrick and Roman Polanski as inspirations for “The Humans,” which he directed and adapted for the screen from his 2016 Tony-winning play. Karam takes pride in the film’s horror elements because they help viewers visualize “how people are conquering or coping with their fears in a story that’s scary.”

“It’s important for me to think of a film or a play or any story I’m telling as having a strong, confident personality,” Karam said in a video interview. “I don’t get bogged down by whether it’s a horror film or family drama because the definitions can upset people who take ownership of what a horror film is.”

“The Humans” takes place in a seen-better-days duplex newly occupied by Brigid (Beanie Feldstein) and her boyfriend, Richard (Steven Yeun). Visiting from Scranton are Brigid’s working-class parents, Erik and Deirdre (Richard Jenkins and Jayne Houdyshell); and Momo, Erik’s mother (June Squibb), who has dementia. Also joining is Brigid’s sister, Aimee (Amy Schumer), who lives in Philadelphia and is fresh off a breakup with her girlfriend.

At the family table there’s turkey and good-natured ribbing, but also difficult conversations about work, love and depression. This is a family filled with love, but also resentment and heartache. Typical Thanksgiving drama stuff.

But from the start, there’s an uneasy feeling, as if something terrible is on its way. Parts of the walls ooze and bubble with pustules like growths on a David Cronenberg mutant. There are eerie portraits of spooky people, like the art from a possessed castle in a Hammer film. Jump scares, loud sounds, darkness, stillness: They’re all heart-pounding. Horror movie stuff.

So what <em>is</em> a horror movie? It comes down to intent, said Wickham Clayton, a film scholar and the editor of “Style and Form in the Hollywood Slasher Film.” Horror movies, he said, are about audiences “being uncomfortable, unsettled and disturbed.”

Sometimes all it takes is a terrifying antagonist or mood, not an entire movie. Think of Robert Mitchum as a scoundrel preacher in the nightmare fairy tale “The Night of the Hunter” (1955), Faye Dunaway as a toxic Joan Crawford in the darkly camp “Mommie Dearest” (1981) or Robert De Niro as time bomb Travis Bickle in “Taxi Driver” (1976).

Are they horror movies? Not quite. Are they scary? You bet.

“In each of these movies, there are moments, scenes and sequences that are so precisely and skillfully designed to make us feel unsettled, horrified and afraid,” Clayton said. “We are made to feel this way even if there is nothing obvious on screen, or as far as we know off-screen, to be afraid of.”

What else is scary about “The Humans” and “Spencer”? They’re both set during winter holidays. Andrew Scahill, an assistant professor of film at the University of Colorado, Denver, said that wasn’t a coincidence: For many people, family reunions and shame-filled year-end assessments are terrifying. It’s no wonder that in his class on Christmas cinema he includes both the feel-good movie musical “White Christmas” (1954) and the harrowing proto-slasher “Black Christmas” (1974).

“Some genres are more elastic than others,” said Scahill, author of “The Revolting Child in Horror Cinema.” “A mystery is predicated on surprising its audience. A rom-com wants to fulfill every expectation and not violate the contract of genre. Horror forces itself to keep innovating.”

This conversation about definitions will continue, and that’s a good thing, as young filmmakers take horror in unexpected directions and forge new shape-shifting films. When “Scream” (1996), “The Blair Witch Project” (1999) and “Get Out” (2017) each made waves, they were saying: It’s time for a jolt.

Another reason this discussion isn’t going anywhere is that the old debates still have legs. Look what happened earlier this year when writer Elle Hunt tweeted, “Horror cannot be set in space,” and horror fans got all kinds of irate, responding with examples like “Alien” (1979) and “Jason X” (2001).

“Horror,” writer Cory McCullough tweeted, “can be anything.”