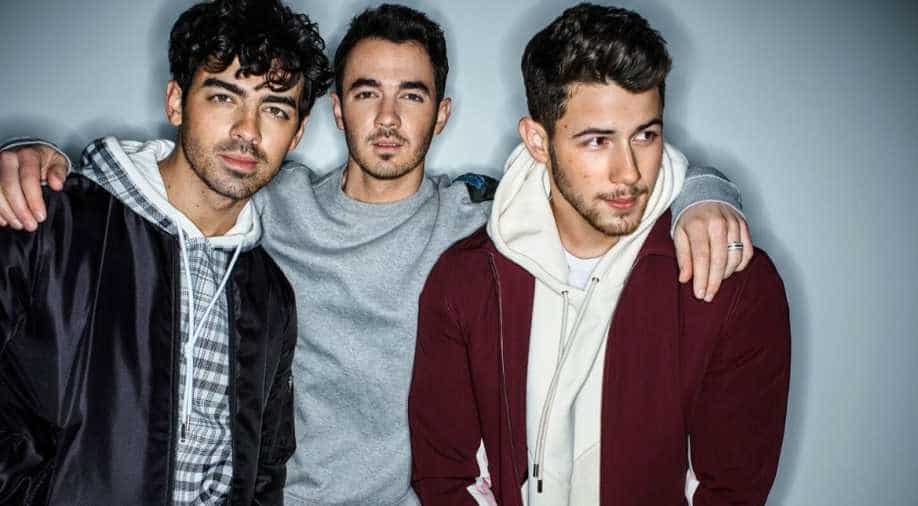 The music is debuted as part of the 2021 Summer Olympics coverage on NBC.

Jonas Brother just dropped their new Olympic single 'Remember This' and fans are already going gaga over it.

The music is debuted as part of the 2021 Summer Olympics coverage on NBC. Although the new single holds a special place in the boy's heart as it is named after their upcoming tour.

The lyrical video of the ‘Remember This’ features monochromatic images of their fans holding boards from their last tours.

Nick Jonas took to his Instagram​ account to announce the release of this new single ahead. While sharing a video, the crooner wrote, “New @jonasbrothers music has arrived… #RememberThis is out now!! Can’t wait to play this one on tour.”

As soon as the song was dropped it was all over the internet, their fans jumped and flooded social media with their excitement. Taking to Twitter one user said, “Im f**king yelling i didnt even see your turn @joejonas” another added, “Thank you for giving me reasons to continue loving''

The next user posted, “REMEMBER THIS IS MY SONG OF THE SUMMER!!!!! Once again yall nailed it, can’t wait to see you guys in October.”

Last month, the Jonas brothers announced the US summer tour dates, the boy band issued a statement for the same: “We couldn’t be more excited to officially announce we are going on tour this summer and bringing our friend Kelsea Ballerini! If this past year has taught us anything it’s that we need to remember the important moments in our lives. We hope these shows will be special moments for our fans, our friends, and our families and we can’t wait to see all their faces soon!”

This tour is set to launch on August 20th at the Park Theater in Las Vegas, Nevada, and wrap on October 27th at the Hollywood Bowl in Los Angeles.