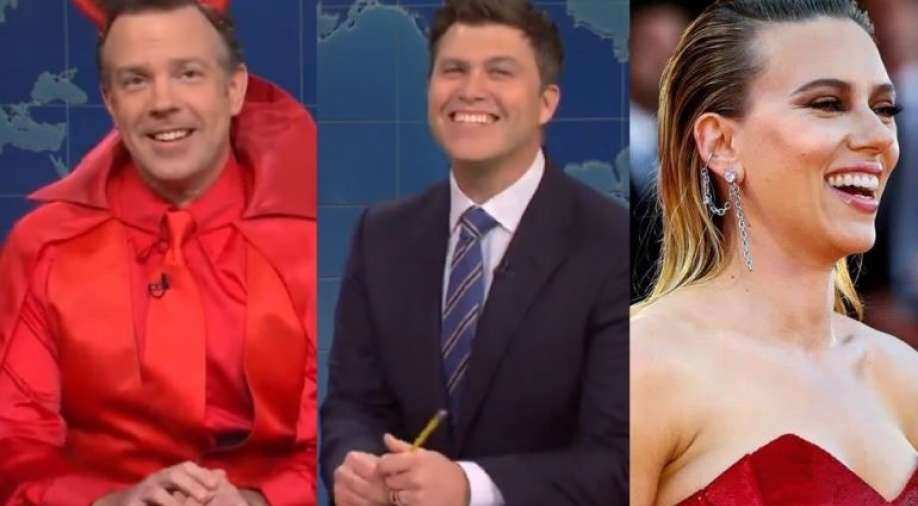 Jost recently welcomed a baby boy with the Marvel star Scarlett Johansson after tying the knot with her in October 2020.

After delivering an epic monologue, he joined Colin Jost and Michael Che on a 'weekend update'. Sudeikis made a comeback as the 'devil' in his signature red outfit and brought Cost marriage with Scarlett in limelight.

During the show, Jason responded to Colin's question in which he asked if he created QAnon.

The Devil stopped by Update!!! pic.twitter.com/A2l0aJD27X

Responding to it, he said, ''Hey. Those guys are crazy. A bunch of sad internet psychos thinking a Satan worshipping pedophiles exist. Excuse me. Don't drag my good name into your fantasy,"

The Devil yelled, adding, "You take that back or I will go back on my deal to let you marry Scarlett!''.

Also addressing Johansson's famous recent Disney lawsuit, Sudeikis cracked a hilarious joke as he said,  "You baby trapped her! I don’t know who screwed her more, you or Disney."

Jost recently welcomed a baby boy with the Marvel star Scarlett Johansson after tying the knot with her in October 2020.