'Rust' cinematographer Halyna Hutchins to get a private memorial service 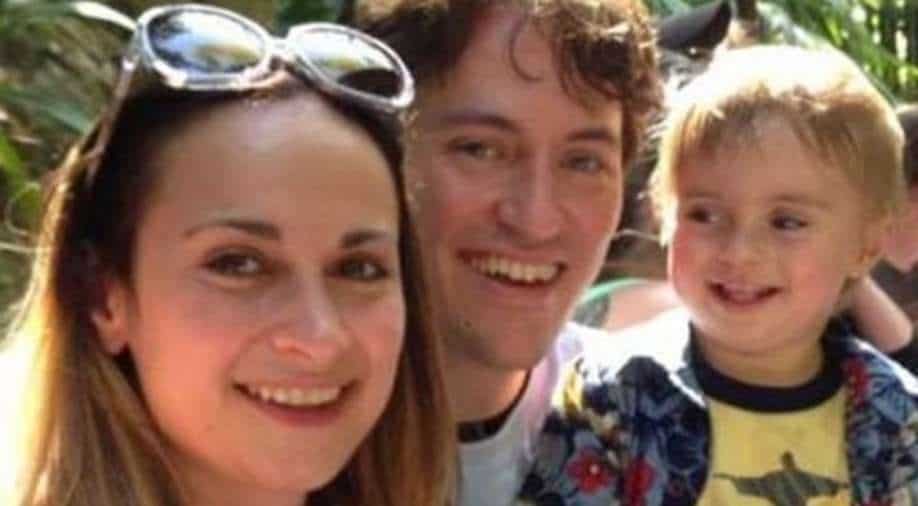 Halyna Hutchins with husband Matthew and their son Photograph:( Twitter )

As per reports, Halyna Hutchins' tomb reads, "Her light shapes our. Keep chasing your vision.” Pictures of a camera and film can also be seen in the marker, reportedly.

Family and close friends of 'Rust' cinematographer, Halyna Hutchins, will pay their final respects to her in a private ceremony, reports claim.

A spokesperson for Hutchins' husband, Matt Hutchins, shared the news with an entertainment portal. "There will be a private ceremony this weekend where Halyna’s ashes will be interred. This is not the public memorial; only family and very close friends will be in attendance. Media will not be invited," said the representative.

Also read: Exclusive! CarryMinati: My alter ego led me from invisibility to recognition

"Halyna was the love of my life, and our loss of her has devastated our family's dreams. We feel the silence of her being forever gone as a suffocating stillness in our home," Halyna's husband Matt told the same news website.

He further added, "Our love and adoration for her grows as we tell her story, and we hope her work can inspire filmmakers and storytellers around the world. We thank the many generous supporters who have been so thoughtful in our time of loss.”

As per reports, Halyna's tomb reads, "Her light shapes our. Keep chasing your vision.” Pictures of a camera and film can also be seen in the marker, reportedly.

Halyna's closest friends have expressed their thoughts following her unexpected death when she was fatally shot on location in New Mexico after a prop gun was discharged by 'Rust' actor, Alec Baldwin.

Director of the film, Joel Souza, was also hospitalized for his injuries and was later discharged.
Wayne Brady, who worked with Hutchins on the 2020 crime drama 'Blindfire', said the deceased was an out-and-out professional. "What I loved is she carried herself with a grace but a strength because being a female [director of production] in this business, that is no small feat. You have to conduct yourself and make sure that this room respects you. That's what I immediately noticed about her," he said.

"The director listened to her, the stars listened to her, because she knew what she was talking about. She was warm and engaging. We talked for a bit while I was working and she was just lovely but got stuff done. I think that was a trademark of hers," Brady added.