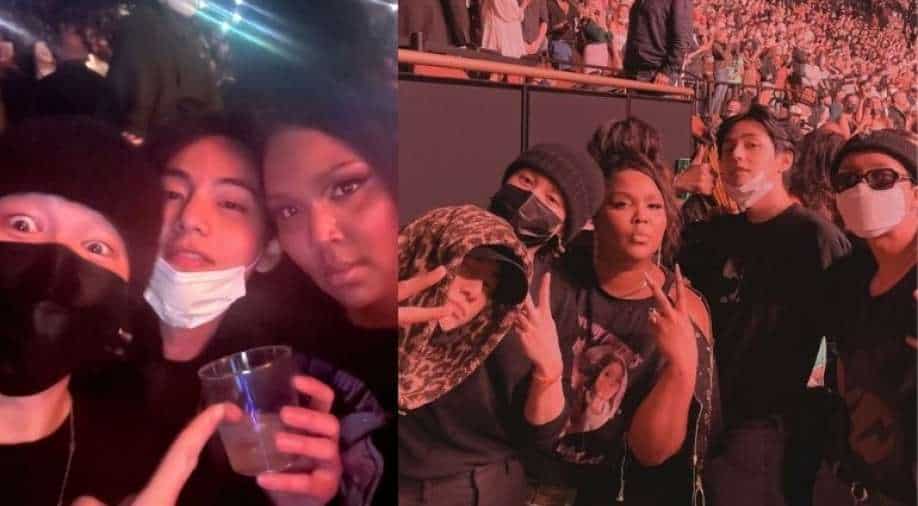 BTS ARMY is going gaga over the photos and videos from the concert.

Sometimes fans go wild and really mad when they spot their favourite icons together. Recently, boys of the K-pop band BTS recently attended the concert of Harry Styles in LA, where they, coincidently met Lizzo and together they were spotted hanging out, clicking pictures and grooving on Harry's songs.

BTS members V, Jungkook, Jimin, and J-Hope were the four members of the band in attendance at the Harry Styles ‘Love on Tour 2021’.

Kim Seon Ho un-cancels himself after abortion controversy, back doing ads and movies

Although, fans were quick to capture the moment where they all are jamming on Styles songs. But BTS and Lizzo both shared some pictures from the concert on their social media account.

Sharing the pictures on BTS official Twitter account, they wrote, ''We met Lizzo'', in response, Lizzo re-tweeted the photos and wrote, ''I met BTS''. Lizzo also dropped some other photos of them.

Now, BTS ARMY is going gaga over the photos and videos and seeing their favourite boys enjoying the night.

Check out fans reactions below:

Harry styles was in front of them and BTS was above them. So HOW DOES IT FEEL TO LIVE MY DREAMS!?@

HARRY STYLES NOTICED BTS AND SAYING HI TO THEM!!! 😭😭 pic.twitter.com/txC0QlctkO