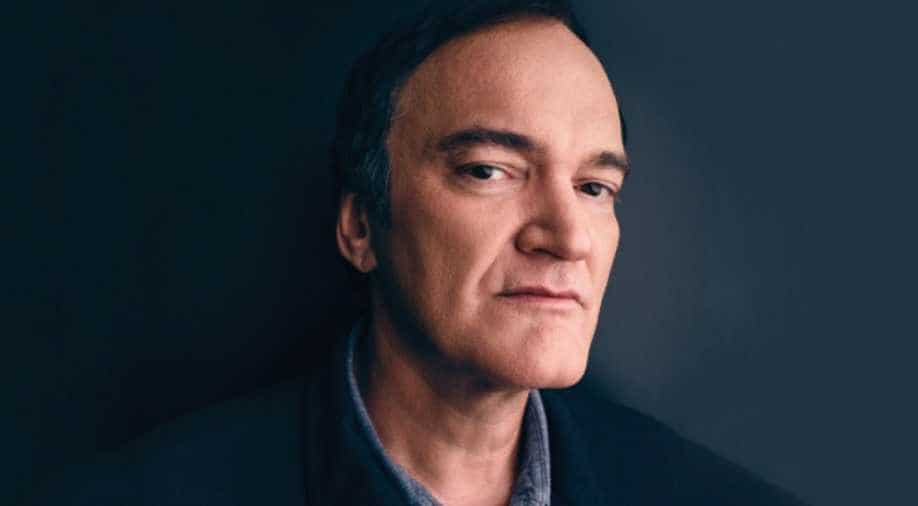 Quentin Tarantino, 'Once Upon A Time In Hollywood' Photograph:( Twitter )

Over the years, Tarantino - who also directed Thurman in Pulp Fiction - has spoken candidly about a potential 'Kill Bill Vol. 3'.

A Hollywood filmmaker Quentin Tarantino recently during Tuesday`s `The Joe Rogan Experience` podcast opened up about how he would cast a potential `Kill Bill: Vol 3`.

According to People magazine, the 58-year-old Oscar-winning writer and director chatted with host Joe Rogan about how he would keep casting close to one of the original stars, should another Kill Bill installment ever be made.

Explaining what a third film would follow, Tarantino said, "I think it`s just revisiting the characters twenty years later and just imagining the Bride and her daughter, Bebe, having 20 years of peace, and then that peace is shattered." "And now The Bride and Bebe are on the run and just the idea of being able to cast Uma [Thurman] and cast her daughter Maya [Hawke] in the thing would be f------ exciting," he added.

Tarantino and Thurman have had a rocky relationship over the years, however, stemming from a car accident that injured the actor on the `Kill Bill: Vol 2` set. The public first learned of the incident between the pair years later in February 2018, when Thurman gave an interview to a news outlet. According to the actor, she suffered from permanent neck damage, a concussion and damage to her knees in the crash.

The star said she asked Tarantino to see the footage of the accident for years, but he refused. Then, in 2017, he finally apologized and shared the jarring video. Over the years, Tarantino - who also directed Thurman in Pulp Fiction - has spoken candidly about a potential 'Kill Bill Vol. 3.' In December 2019, he teased a potential third installment, telling Andy Cohen on his SiriusXM show there was a story in the works.

He then said, "I do have an idea of what I would do with it. That was the whole thing, was conquering that concept, exactly what`s happened to the Bride since then and what I would want to do. I wouldn`t want to come up with a cockamamie adventure. She doesn`t deserve that. The Bride has fought long and hard."As per Variety, `Kill Bill: Vol 1` star Vivica A. Fox has also shared her own thoughts on a potential follow-up to the film, expressing interest in Zendaya playing her daughter.

Noting that though she wasn`t sure if another sequel would ever happen, Fox told in July 2020 that she had a feeling "hopefully [Tarantino] was waiting on [the actress who plays] my daughter to grow up a little bit."In the film, Fox played Vernita Green, an assassin who tries to kill Thurman`s The Bride, only to lose her life instead, leaving behind a young daughter.