Marilyn Manson is sued for sexual abuse by a fourth woman 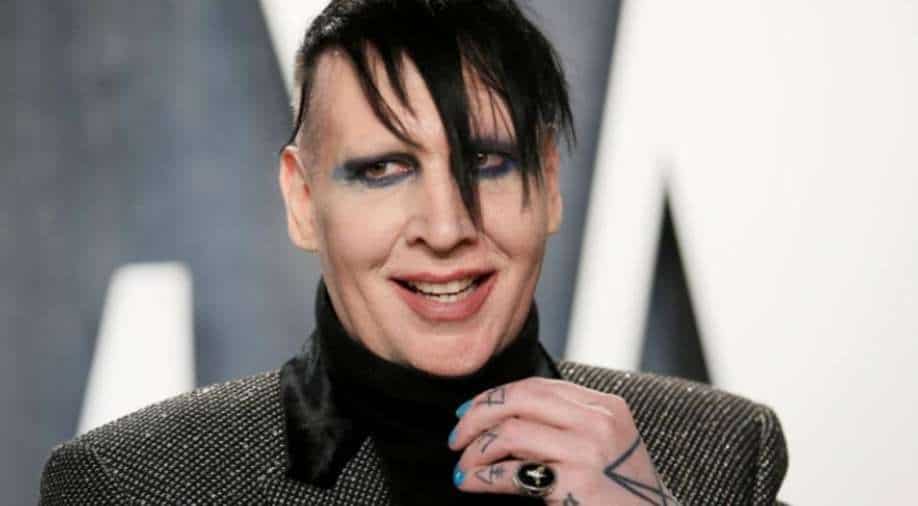 Earlier this year, actress Evan Rachel Wood shared details of alleged sexual abuse she experienced during her relationship with Manson.

Rocker Marilyn Manson has been sued by a fourth woman for alleged sexual abuse.

Model Ashley Morgan Smithline accused the singer- whose real name is Brian Warner- of sexual assault, intentional infliction of emotional distress and human trafficking, while they were dating.

Smithline claims in the court documents obtained by ET, that Manson quickly became obsessed with her, and flew her to Los Angeles and promised to cast her in the remake of 'True Romance'.

She also alleged that Manson asked her to move in with him soon after that, and also that the rocker violated the Trafficking Victims Protection Act.

"Mr Warner knew these offers to be fraudulent. No effort was made to complete production of the film project and to date nothing from that project has been published," the suit claims.

"Mr Warner merely used the film project as a pretense to lure Ms. Smithline to the United States."

As per the People magazine, the lawsuit cites multiple instances of rape, sexual abuse, cutting, whipping, a nose fracture and being "branded" by the singer after he carved his initials into her leg.

Smithline released a statement after filing the lawsuit, "I said it before and I’ll say it again - I am not a victim, I am a survivor and my decision today to seek justice is me standing up to demand that my abuser be held accountable. My hope is that by coming forward and taking these necessary actions against Brian Warner, the world will see exactly who he is and for me it's worth it if my actions prevent others from getting hurt."

Manson's representative denied the claims, telling Rolling Stone, ''We strongly deny Ms Smithline’s claims. There are so many falsehoods within her claims that we wouldn’t know where to begin to answer them. This relationship, to the limited extent it was a relationship, lasted less than a week in 2010. Manson hasn’t seen Ms Smithline since then.''

In addition to Smithline, Manson is also facing multiple allegations of sexual assault. Earlier this year, actress Evan Rachel Wood shared details of alleged sexual abuse she experienced during her relationship with Manson.

'Game of Thrones' actress Esmé Bianco came out and accused Manson of years of abuse.