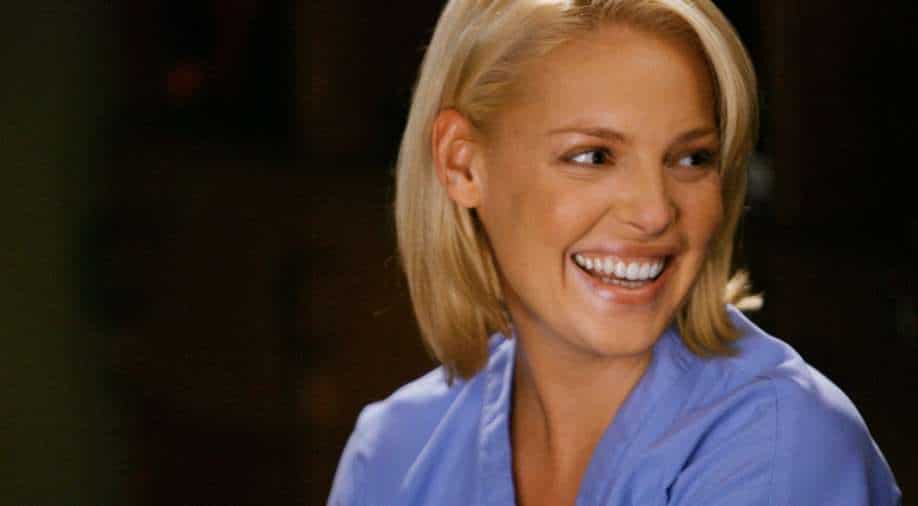 "In this town, women who don’t just snap and say, ‘Okay, yes sir, yes, ma’am’ start to get a reputation for being difficult. I’ve decided it’s not worth it to me to be pushed around so much," Katherine Heigl said, reportedly.

Hollywood star Katherine Heigl was such a hit among 'Grey's Anatomy' fans but her exit from the medical drama was surrounded with controversies and the actress was even called 'ungrateful' for not wanting to contend for an Emmy nomination.

A recent piece on the Daily Telegraph by Lynette Rice--titled 'How To Save A Life: The Inside Story Of Grey’s Anatomy'--sheds ight on what had actually led to the star performer's exit.

Speaking of her much talked-about exit, Heigl revealed that it was a culmination of factors--ranging from the network's alleged plan to offer salary hike to co-stars Ellen Pompeo, Patrick Dempsey, Sandra Oh and Isaiah Washington and the 'ungrateful' bit pertaining to her backing out of an Emmy consideration and the subsequent win.

"In this town, women who don’t just snap and say, ‘Okay, yes sir, yes, ma’am’ start to get a reputation for being difficult. I’ve decided it’s not worth it to me to be pushed around so much," Heigl said, reportedly.

As for the Emmy back-out, Heigl was accused of taking a shot at the creator and her writers. But, she her reasons were entirely different. Heigl explained, "I did not feel that I was given the material this season to warrant an Emmy nomination and in an effort to maintain the integrity of the academy organization, I withdrew my name from contention."

The actress didn't think much of it at the time but, in hindsight, she realises she could have dealt with the situation in a better way.

"I thought I was doing the right thing. And I wanted to be clear that I wasn’t snubbing the Emmys. The night I won was the highlight of my career. I just was afraid that if I said, ‘No comment,’ it was going to come off like I couldn’t be bothered [to enter the race]. I could have more gracefully said that without going into a private work matter. It was between me and the writers. I ambushed them, and it wasn’t very nice or fair," said the star.

Katherine Heigl, however, says the real reason she quit the show was because she had become a first-time mother. "I started a family, and it changed everything,” she said. “It changed my desire to work full-time. I went on family leave and just got to be a [mom], and it changed my whole perspective… that was really the turning point. So before I was due back, I spoke again to Shonda about wanting to leave. Then I waited at home until I was given the formal okay that I was off the show. The rumours that I refused to return were totally untrue," she shared.

Although there have been multiple stories around her exit, Katherine Heigl admits that some of the negative press was her own doing.

"The ‘ungrateful’ thing bothers me the most. And that is my fault,” she said. “I allowed myself to be perceived that way. So much about living life, to me, is about humility and gratitude. And I’ve tried very hard to have those qualities and be that person, and I’m just so disappointed in myself that I allowed it to slip. Of course I’m grateful. How can I not be?" concluded the 'Unforgettable' star.