'Fantastic Beasts: The Secrets of Dumbledore' review: Less of magic, more about greed and lost love 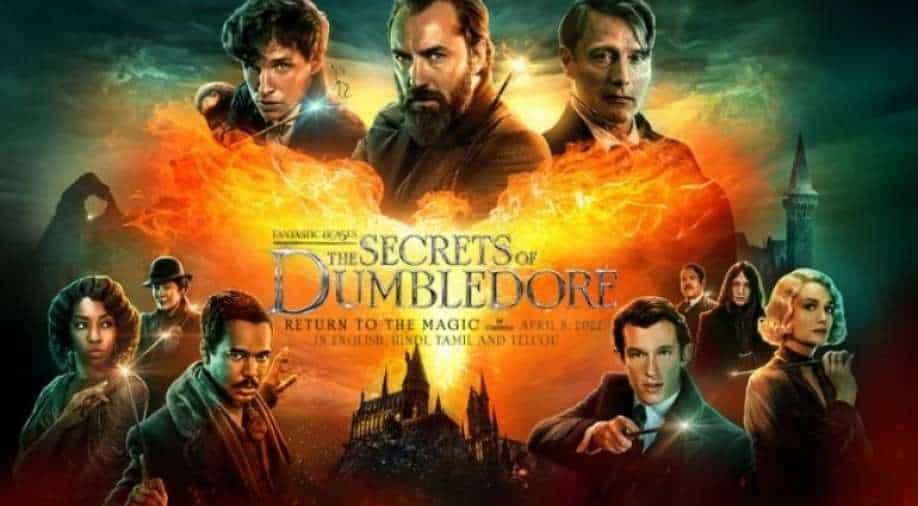 Newt Scamander is back, this time to aid a rather younger, slightly helpless Albus Dumbeldore to save the world in David Yates' 'Fantastic Beasts: The Secrets Of Dumbedore'.

Wizarding world's best and perhaps only magi zoologist Newt Scamander is back, this time to aid a rather younger, slightly helpless Albus Dumbeldore to save the world in David Yates' 'Fantastic Beasts: The Secrets Of Dumbedore'. The third in the Fantastic Beasts franchise, the film has JK Rowling writing the story and screenplay and greatly shifts the focus to grown-ups in the wizarding world- far from fun at Hogwarts but still manages to make magic and the wizarding world entertaining and engaging.

The film was in news for a greater part of 2021 when Johnny Depp, who played Grindelwald in the first two films, was replaced after the actor lost a libel case with a UK tabloid that accussed him of being a 'wife beater'. Mads Mikkelsen replaced Depp to play Grindelwald and there were speculations amongst fans whether Mikkelsen would be able to do justice to the role which Depp had played so well.

The good news is that Mikkelsen plays it in his style and brings in class to his evil, maddening, power-hungry character Grindelwald.

So what is the story of 'Secrets of Dumbledore'? The film opens at a restaurant in London where Dumbledore and Grindelwald meet. Both have aged and talk of a time when the two together wanted to change the world. They were in love (this is perhaps the first time that Dumbeldore's love life is discussed in any story of Rowling's) they were young and had dreams. With time they realised that they both wanted to change the world but had a different approach to it and decided to part ways but with a blood pact, which forbids them from killing each other.

In the present day, Grindelwald is building an army and also eyeing the post of the head of the wizarding world. He aims to destroy the muggles and take control of the world with the help of dark arts.

Dumbledore (Jude Law) is of course aware and while he cannot himself fight Grindelwald because of an old pact, he creates his army comprising of Scamander(Eddie Redmayne), Muggle baker and WWI vet, Jacob Kowalski (Dan Fogler), Theseus (Callum Turner)- Scamander’s older brother who works in the British Ministry of Magic, Lally Hicks (Jessica Williams) who teaches at the Ilvermorny School of Witchcraft and Wizardry, Yusuf Kama (William Nadylam) who once was on the other side but has since changed his ways and realised his mistake and Scamander’s assistant, Bunty (Victoria Yeates).

There is also Credence (Ezra Miller) who has been hired by Grindelwald to kill Dumbledore as the young troubled boy has a lot of pent up anger against the Hogwarts professor which Grindelwald wants to use to his advantage.

The first two films of 'Fantastic Beasts' lived up to its name and truly showcased a lot of VFX enabled, fascinating creatures- tamed by Newt Scamander. In the third part, the film eerily resembles the current turbulent times where Grindelwald talks of inevitable doom on mankind and Dumbledore tries his best to protect it.

Some lines seem to resonate with real life or the present war times. Of course, those lines are attributed to the wise Dumbledore. "Dangerous times favour dangerous men" or "Things that seem unimaginable today will seem inevitable tomorrow. If we don't stop him."

The film, therefore, is not really for the young Potter heads because it talks of some complex issues that the world and mankind at large have faced throughout history. It also becomes too serious and slightly sluggish in the middle but eventually gets back its pace, especially in the second half.

While recurring stars like Eddie Redmayne, Jude Law, Ezra Miller and Dan Fogler remain true to their character, it is Mikkelsen who shines with his steely looks and cool as ice demeanour. It's not as maddening as Depp had made his Grindelwald and that's a good thing because Mikkelsen gives the character his signature style.

'Fantastic Beasts: The Secret Of Dumbeldore' is still for ardent Potter fans who will understand references, appreciate and respect Dumbeldore (Even more) and enjoy the magical world that Rowling has so painstakingly created in the past two decades.