Cher and Britney Spears make some fancy vacation plans together 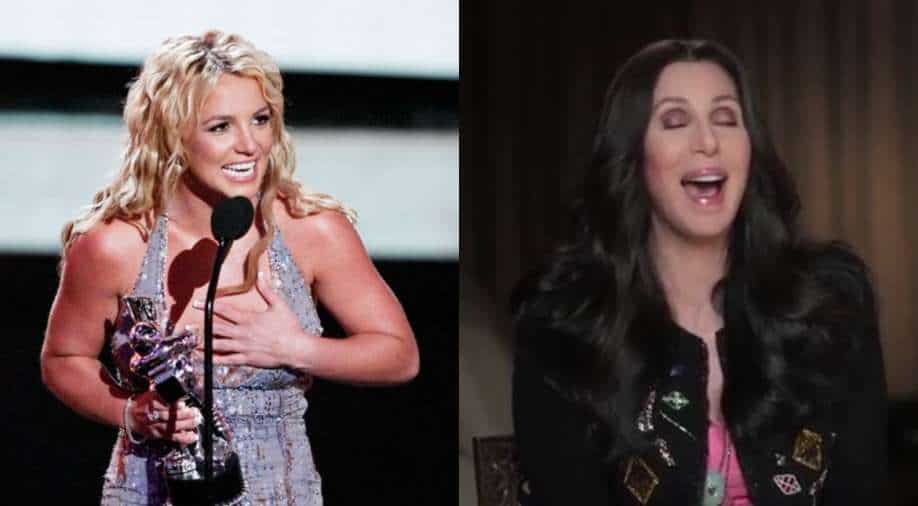 Britney Spears and Cher are going to eat a lot of ice cream! Photograph:( Instagram )

Back in 1999, at the World Music Awards, Britney Spears dedicated her performance of the Sonny & Cher standard – ‘The Beat Goes On’ – to Cher.

Just days after pop star Britney Spears professed her love for music sensation Cher in a tweet, where she talked about going to St. Tropaz on a vacation, Cher has now responded to that ‘dream’ by saying she is taking her there and eat ice cream to Spears’ ‘hearts content’.

"When #FreeBritney  is FINALLY FREE, I'm Taking her to San Tropez & We'll Eat Ice Cream To Her Hearts Content," the "Take Me Home" singer tweeted on Friday.

When #FreeBritney is
FINALLY FREE🦋,
I’m Taking her to San Tropez & We’ll 🍦Eat Ice Cream To Her Hearts
Content.

Cher's sweet gesture comes just days after Spears' Instagram post on Thursday talked about a dream she has of jetting off with her fellow musician. “Maybe I'll just be nice and plant here and keep my dreams alive by thinking about visiting St. Tropez with @cher and eating ice cream ... She was one of my favorite singers as a kid and I loved to dress up as her,” a part of Britney’s long post read.

For those of you who didn’t know, back in 1999, at the World Music Awards, Britney Spears dedicated her performance of the Sonny & Cher standard – ‘The Beat Goes On’ – to the music icon.

This year in April, Cher spoke out in support of Spears, telling Britain's Press Association she thought the singer's father, Jamie Spears, should back out of the conservatorship.

“I think her father should move over and let her have her life. I believe she's been paying long enough,” Cher had reportedly said.

A judge in Los Angeles recently granted Spears permission to hire her own lawyer—Mathew Rosengart—who has already started working ‘aggressively’ to remove her dad from the conservatorship.