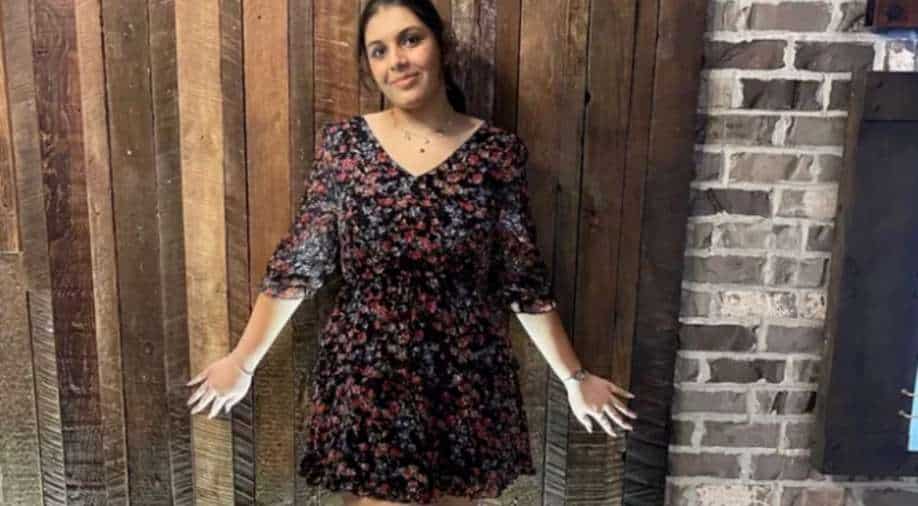 Bharti Shahani was an Indian student at Texas A&M University who was set to graduate this spring Photograph:( Instagram )

Namrata Shahani reportedly said that her sister Bharti Shahani's last words to her were, “Are you OK?”

Bharti Shahani, a 22-year-old Indian-origin college student, who was critically injured in the stampede at the Astroworld festival in Houston, has died, bringing the death toll to nine. The family’s lawyer confirmed the news on Thursday.

Shahani, who was set to graduate from Texas A&M University in the spring, died on Wednesday night. She was previously declared brain dead by doctors.

Also read: Mathew McConaughey's not in for mandatory COVID vaccine for kids

Watch I  Astroworld concert stampede: What we know

The concertgoers who died following the Friday night's tragic show were aged between 14 and 27. According to reports, a nine-year-old boy, who was also injured at the sold-out festival of 50,000 people, remained in a medically induced coma.

"For the first time in her life she just wanted to have fun, and that was taken from her," said Namrata Shahani, her sister, who had attended the concert along with Bharti and their cousin.

Namrata Shahani reportedly said that her sister’s last words to her were, “Are you OK?”

Reportedly, concertgoers have described that the packed audience was still growing and had taken a dangerous shape even before headliner Travis Scott took to stage, and seeing people collapse while the rapper reportedly performed. Scott’s attorneys have said he did not know about the deaths and injuries until after the show.

On Thursday, Scott’s representatives said Scott is “distraught by the situation” and has been trying to connect with the affected families to extend his condolences and provide them aid.

A criminal investigation into the deaths at Astroworld is underway as hundreds were injured during the stampede.

Scott was minutes into his set when at least one Houston officer reportedly radioed over a police channel informing that the main stage had been compromised by a massive crowd surge.

Recordings of police radio traffic, obtained by the Houston Chronicle, reveal law enforcement became aware of the rising danger shortly after the star rapper began performing at the sold-out music festival. Scott, however, took on his hometown stage of Houston shortly after 9 p.m.

The rapper kept performing his set that lasted for about an hour. Newspaper Houston Chronicle reported that officers spotted people leaving the crowd but that their voices remained calm through the first 30 minutes of his set.

On Wednesday, Scott’s attorneys pointed to an operational plan for the event that states only the festival director and executive producers have the authority to stop the show, “neither of which is part of Travis’s crew.”

“Investigations should start proceeding over finger-pointing so that together, we can identify exactly what transpired and how we can prevent anything like this from happening again,” attorney Edwin F. McPherson said in a statement.