A filmmaking life gets a sequel 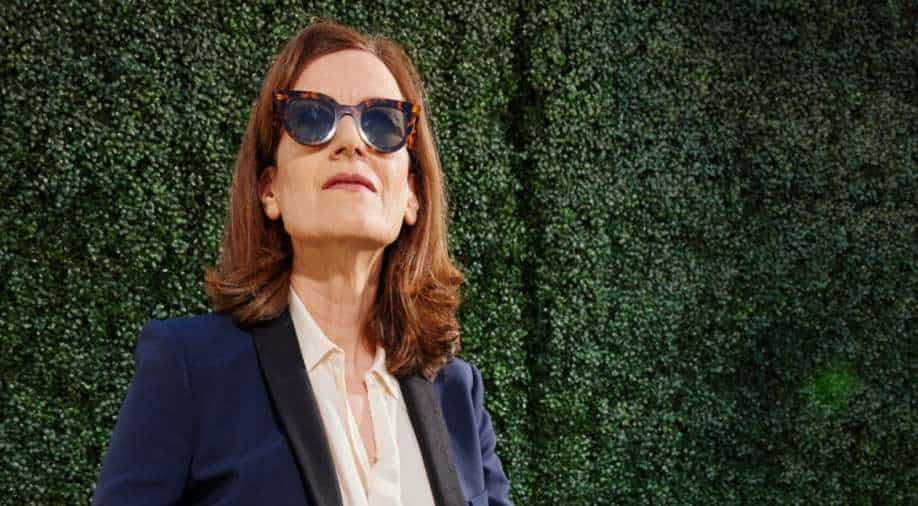 "The Souvenir Part II,” which opened Friday, follows a solo Julie working out her voice as a person and as a director — a new rich chapter of experience where a single film might have declared “The End.”

Sequels and spinoffs and origin stories fill the multiplexes, but it’s vanishingly rare to see two feature-length dramas centered on the same real-world character. Enter “The Souvenir,” two films directed by Joanna Hogg on a subject that’s also not common onscreen: a young woman finding her way in life and coming into her own.

In “The Souvenir,” released in 2019, Julie (Honor Swinton Byrne) is a film school student in 1980s London. Her relationship with Anthony, a witty, debonair older man, goes off the rails as it emerges that he’s addicted to heroin. “The Souvenir Part II,” which opened Friday, follows a solo Julie working out her voice as a person and as a director — a new rich chapter of experience where a single film might have declared “The End.”

“You don’t normally have that opportunity with the story, to have a break in the middle and think about what you’re doing and approach things differently the second way,” Hogg said in an interview at a downtown hotel the day after her movie’s New York Film Festival premiere last month. (Part II takes place only a few days after Part I but was shot two years later.)

Until recently, her films have been like a much-beloved secret. “Joanna Hogg — where have you been all my movie-loving life?” Manohla Dargis wrote when the director’s first three features were finally released in the United States in 2014. A.O. Scott called the first part “an absolute joy to watch.” Distributed by the brand-savvy A24, “The Souvenir Part II” is the latest entry in Hogg’s ardently admired oeuvre.

Her fans include Ari Aster, director of “Midsommar,” who said in an email, “At her best, she lends a subtle, deeply individual strangeness to the quotidian.” He praised her as “a fastidious and texture-obsessed diarist in the best sense.” Another fan: Barack Obama, who counted “Part I” among his favorite movies of 2019.

Scottish novelist Ali Smith (“Summer”), who once screened Hogg’s work at an arts festival, said via email, “Her films are beautiful things in the world, and witty, hyper-intelligent, scalpel-sharp, simultaneously merciless and deeply humane.” Smith added, “She takes class apart, she has a clear eye across the traditions that skewer us or vitalize us.”

Julie’s story draws closely on Hogg’s memories. Like Julie, Hogg studied filmmaking in the 1980s, at the National Film and Television School in England, and dated a devastatingly charming man with an all-consuming drug addiction. And Julie’s background, like Hogg’s, is solidly upper middle class. Visits to the country home of Julie’s parents punctuate both films; artifacts, clothing and photos from Hogg’s life appear throughout, too. “Part I” broaches the notion of privilege, as Julie faces teachers skeptical of her initial proposal to make a film about a struggling port city. “Part II” sees her coming out of her shell and, as Hogg put it, “joining the world, joining life.”

Hogg went on to a career in British television and did not direct her first theatrical feature until 2007 at age 47: “Unrelated,” starring Tom Hiddleston, also making his feature debut. “The Souvenir Part II” imagines a different trajectory for Julie, giving her a freedom Hogg did not have at the time.

“I didn’t get to make a film at film school that spoke about the relationship that I’d been in,” the director said. Friendly and low-key in a subdued dark top and pants, she chose her words firmly but with a dry sense of understatement that would fit without a rustle right into a Joanna Hogg film.

“It was important for her to be less naïve and therefore more in control of her life and therefore her story.”
The ties of friends and family are further entwined through Hogg’s cast. The director knew Swinton Byrne as the daughter of an old schoolmate, Tilda Swinton. (Hogg is Swinton Byrne’s godmother.) Swinton starred in Hogg’s real graduate film, “Caprice,” and plays Julie’s doting mother in both parts of “The Souvenir.”

Yet Swinton Byrne was cast less than a month before shooting on “Part I” began. Hogg was visiting Swinton about playing Julie’s mother but still didn’t have a Julie.

“I was getting onto a train to go back to London, and Honor was arriving from London coming home,” Hogg said. The two chatted on the platform about “what it is to be in your early 20s,” and for Hogg it just “clicked.”

“I feel like I was very like Julie when I was a bit younger. You know how insecure it is,” Swinton Byrne, 23, said, bubbly over the phone from Edinburgh, where she’s studying psychology after a teaching stint in Namibia, among other things. (“My mom says that I’m still not fully baked yet,” she said, laughing.)
Swinton Byrne’s Julie reckons with the past in “The Souvenir Part II” but spends a lot of time on a soundstage, leading her crew and explaining motivations to her actors. (Her classmates include a hilariously biting Richard Ayoade.)

Hogg “dramatizes the fragmentary life of the imagination, completing a story that was full of hesitations in the first place,” critic Molly Haskell said in an email, invoking Elena Ferrante’s Neapolitan quartet. “To my mind, the only remotely analogous cinematic experiment of recent years is Richard Linklater’s<em> ‘</em>Before’ trilogy.”

Hogg’s two-part idea — which she dates at least to a journal entry in 1988 — wasn’t a sure thing. She had planned to shoot both films at the same time, until a financier pulled out. Another twist involved Robert Pattinson, who was slated for a role (later reworked) in “Part II” but was tied up with “Tenet” instead. (No hard feelings from Hogg: “I hope that I’ll work with him in the future.”)

“I wanted desperately to make them at the same time, because I thought there was a danger that if I just made the first one, I wouldn’t get the opportunity to make the second one,” Hogg recalled.

Today, she is grateful for the extra time and even believes the second part would have been “a shadow of its current self” if she’d shot both movies together.

It’s easy to see this ability to adapt and find an alchemy in the shifts of reality as part of her filmmaking style. Despite her movies’ precise ear for the spoken word, Hogg doesn’t write traditional screenplays, giving actors the space to come up with dialogue. She lets scenes unfold at length, often with roomwide shots that allow us to soak in the give-and-take.

One tragicomic sequence in her “Archipelago,” starring Hiddleston, observes a family dither dysfunctionally over where to sit at a restaurant. (“Never has the term ‘faffing about’ been so perfectly illustrated,” critic Jonathan Romney wrote approvingly in The Independent.)

Alex Heeney, who co-wrote a monograph about Hogg, told me, “Hogg’s films are less about duration than they are about how people orbit each other and how their spaces facilitate or prevent this.” In “The Souvenir,” she added, Julie “has to work to become the protagonist in her own life, and that’s not taken lightly.”

Hogg is already editing her next film, “The Eternal Daughter,” a ghost story starring Swinton. In the meantime, Hogg’s “Souvenir” star, Swinton Byrne, seemed still to be reflecting on her character’s two-part journey.

“It is like watching a friend get up on her feet after a really intense breakup or intense loss,” she said. “It’s what I waited for a long time, to see Julie, who I see as a friend, become a full person.”