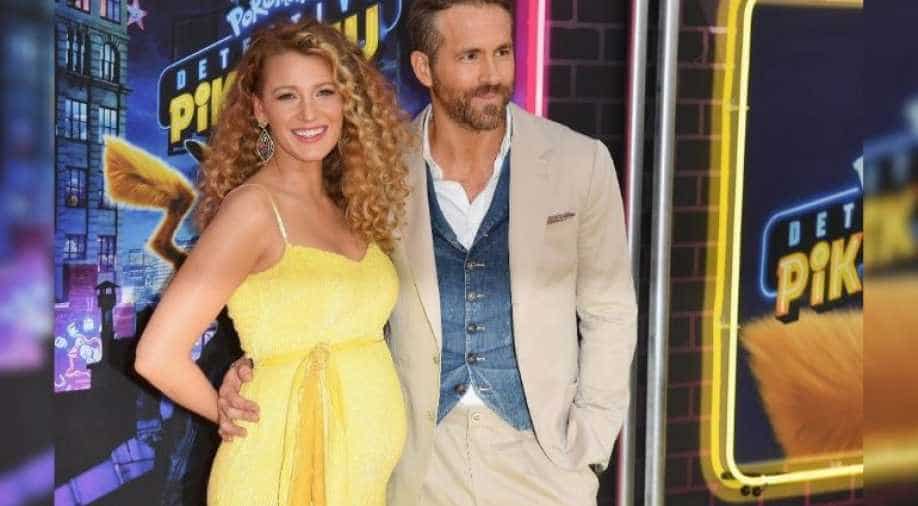 It seems actor Ryan Reynolds isn`t looking to have a fourth child with his wife Blake Lively any time soon.

According to news agency, the 43-year-old actor shared a brief clip from his 2010 film 'Buried' on Instagram with the logo for Aviation Gin his own brand edited into the scene in several places, including a flask that Reynolds takes a drink from.

Reynolds wrote in the caption, "Before Deadpool, I was an actor, One of my favourite projects was a film called 'Buried' and it's now on @Hulu. 10 years later, it really holds up!"

He joked: "Although I don`t recall the aggressive product placement." The 32-year-old actor Lively left a funny comment on her hubby's post. "I think this just got me pregnant," she said, as captured by Comments by Celebs.

In typical fashion, Reynolds offered a witty response.The 'Deadpool' star wrote in response, "I will be out of the office starting July 22nd through the middle of forever and ever. If you need immediate assistance during my absence, please contact someone.

Anyone.Otherwise, I will respond to your message as soon as possible upon my unlikely return. Thank you." Reynolds and Lively already share three daughters: five-year-old James, three-year-old Inez, and a third was born last year, and they are yet to announce the baby`s name.