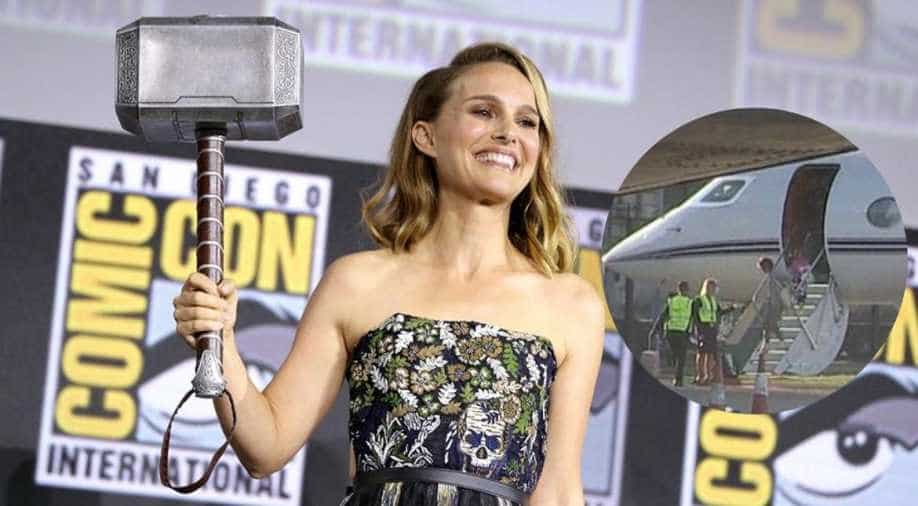 Natalie Portman was seen arriving in Sydney to begin shooting for the film.

Natalie Portman will soon start filming for Marvel’s ‘Thor: Love and Thunder’ as she was seen arriving in Sydney, Australia with family.

The Oscar-winning actress was spotted exiting her private jet to start work on her upcoming Marvel film. She was accompanied by daughter Amalia and son Aleph -- three and nine years old respectively.

The actress and her kids were seen sporting masks as she helped by the airport staff.

Natalie Portman will become The Mighty Thor in the film, following a comic book arc where her original character Jane Foster in ‘Thor: Love and Thunder’ will have the power to wield the mystical hammer Mjolnir.

Natalie had made her MCU debut in 2011’s Thor as Jane Foster, a scientist who became Thor’s (played by Chris Hemsworth) love interest. She returned in 2013's ‘Thor: The Dark World’, though she did not star in 2017's ‘Thor: Ragnarok’.

Natalie Portman on Martin Scorsese's coment on Marvel movies: There's room for all types of cinema