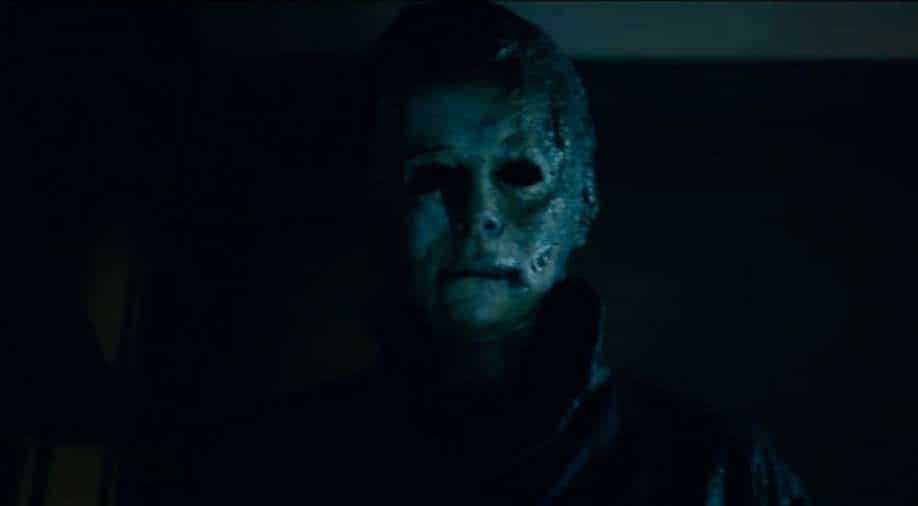 Part of it is sheer nostalgia, plain and simple: “Halloween” movies remind us of sneaking contraband videotapes into sleepovers and scaring each other silly late at night, after the parents were asleep. The series will probably never scale those heights again, and we know it. But we’ll keep showing up, like die-hard fans of a baseball team that hasn’t nabbed a pennant in years, but can still win a big game every now and then.

The astonishing opening-weekend grosses for “Halloween Kills,” the 12th film in the durable “Halloween” franchise, may have surprised some observers — after all, audiences are still hesitant to visit theaters, and reviews for this installment were not kind.

And they’re not wrong: it’s truly a mess, a whiplash-inducing attempt to fuse straight horror, sideways comedy and socially relevant themes. But just as you can’t kill Michael Myers, the knife-wielding psychopath at its center, you can’t kill “Halloween,” which has outlasted other horror franchises from the same era like “Friday the 13th” (dormant since 2009) and “A Nightmare on Elm Street” (since 2010).

So what is it about this series that has proved so durable? What keeps fans — and I count myself among them — coming back, forever granting the series second chances at greatness, fully aware of the inevitability of disappointment? A look back at the first five films in the series (available in new Blu-ray collector’s editions from Shout Factory but also streaming on major platforms) provides some answers.

It’s impossible to overstate the impact of John Carpenter’s 1978 “Halloween,” a film now treated as a sacred text among horror aficionados — and for good reason. The thriller was innovative, quite literally from the first frame: it opens with a lengthy sequence in which we see a brutal murder through the killer’s eyes. It’s easy to understand what the film’s imitators lifted from this: the heavy-breathing point-of-view framing, the gratuitous nudity, the prurient moralizing (the victim is killed after a casual sexual encounter). Few bothered to replicate Carpenter’s technical wizardry — that four-minute introductory shot, clearly inspired by the opening of Orson Welles’ “Touch of Evil,” plays out as an unbroken take — or use it as ingeniously as “Halloween” does: to delay, for as long as possible, the moment of shock when Carpenter finally reveals that the murderer is the 6-year-old Michael Myers, who has slain his own sister. Also read: Hollywood to ban 'live' weapons on film/TV sets after Alec Baldwin's mishap?

In stark contrast to the slasher movies it spawned, and even to its own sequels, barely a drop of blood is shed in “Halloween.” Carpenter and his co-writer and producer, Debra Hill, spend much of the film’s first hour crafting distinct, memorable characters, particularly Myers’ final would-be victim, the bookworm babysitter Laurie Strode (Jamie Lee Curtis), and his psychiatrist and antagonist, Dr. Loomis (Donald Pleasence).

So rather than reveling in guts and gore, the original film’s emphasis is on suspense, terror and mood. Carpenter’s elegant direction makes inventive use of negative space and darkness (particularly when moving Michael’s ghostly white mask in and out of the cinematographer Dean Cundey’s inky night spaces), and of foregrounds and backgrounds, which frequently reveal the killer’s presence to the viewer before he is seen by his potential victims. Carpenter also masterfully manipulates the pace, which rises and falls in waves through the first and second acts, casually accumulating dread and fear, before moving into the relentlessly scary closing scenes.

“Halloween” was a commercial sensation, grossing roughly $47 million on a budget of $325,000. That tremendous return on investment prompted a slew of quick, cheap imitations — after all, the logic went, you didn’t need stars or production values, just some attractive young unknowns and a guy with a knife. None of the successors was more transparent, or more successful, than the “Friday the 13th” series. Its makers couldn’t replicate Carpenter’s stylistic flair, so they invested in elaborate, intricate killing scenes and blood by the bucket.

“Friday” and its first follow-up had already come and gone by the time “Halloween II” hit theaters, in October 1981, but that series’ influence is keenly felt in this sequel. Though Carpenter and Hill wrote and produced again (with directorial duties handed off to Rick Rosenthal), the violence is much more extreme and the body count is higher, as is the volume of jump scares, a sure sign that the filmmakers didn’t believe their audience had the patience for the slow builds of the initial installment.

Also read: The Jonas Brothers are about to get roasted in Netflix special 'Family Roast'

But “Halloween II” still has moments of visceral terror that rival the first film, and compositions that are breathtaking in their ingenuity. At their best, these films can tap into a primal fear: of being chased, of running for our lives, of realizing too late that we don’t have a way out. It’s why the scene of Laurie seemingly trapped in a closet in the first film has lodged itself so firmly in our collective memories; it’s why the sequel’s basement chase is so similarly effective. Throughout the series, characters and dialogue return to the idea of “the boogeyman,” a relentless force of evil whom you, of course, cannot kill; “Halloween” works on our subconscious, to a great extent, because it is rooted in childhood fears. (The fears of “Friday the 13th” are teenage concerns: getting caught, either having sex or doing drugs or both.)

The “Halloween” movies’ willingness to take risks, at least early on, is more pronounced in the next installment. The first sequel ends, perhaps hopefully, with the death of Michael Myers; the next year, Carpenter and Hill produced “Halloween III: Season of the Witch,” an effort to rebrand the series as a horror anthology, telling a completely different story in a completely different style. This tale of an evil plan to murder kids en masse via killer Halloween masks is closer to 1950s science fiction (or, at the very least, ’70s riffs on the genre like the “Invasion of the Body Snatchers” remake) than anything that was happening in horror in the 1980s — and, perhaps as a result, audiences rejected the attempt to rethink “Halloween.”

That was, in retrospect, the last time the series tried to break new ground rather than follow current trends. But that’s probably the other explanation for the longevity of “Halloween”: its malleability. When producer Moustapha Akkad resurrected the series in 1988 with “Halloween 4: The Return of Michael Myers,” he gave the fans what they wanted — more of the same — though that film, and its quickie follow-up a year later, “Halloween 5: The Revenge of Michael Myers,” felt more like “Friday the 13th” sequels than anything Carpenter and Hill had made. Both films have moments of genuine fright and a handful of affecting performances, but they feel like the series reacting to trends rather than setting them, a pattern that continued through the next entries: the winking, “Scream”-influenced “Halloween H20: 20 Years Later” (1998); the extreme horror of Rob Zombie’s 2007 mash-up of remake and origin story; and the gestures of social relevance in the current iterations.

These efforts to rethink, rebrand and reboot that original, comparatively simple exercise in suspense have failed and succeeded in roughly equal measure. Yet we’ll plunk down our ticket money, no matter how sour the word-of-mouth, no matter how dire the reviews, because we’ve grown up with these movies.

Also read: Eternals: Despite a massive buzz, this is one of the lowest rated MCU films

Part of it is sheer nostalgia, plain and simple: “Halloween” movies remind us of sneaking contraband videotapes into sleepovers and scaring each other silly late at night, after the parents were asleep. The series will probably never scale those heights again, and we know it. But we’ll keep showing up, like die-hard fans of a baseball team that hasn’t nabbed a pennant in years, but can still win a big game every now and then.