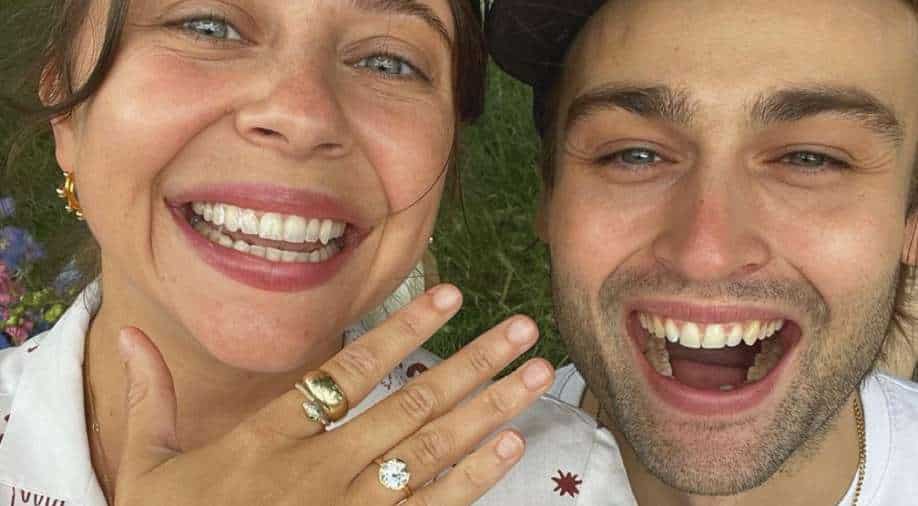 On Saturday, the ‘LOL’ actor Douglas Booth asked his long-time actress girlfriend Bel Powley to marry him, announced the actress on Instagram with supporting photos from what seemed to be a weekend getaway/picnic-turned-marriage proposal.

Posting a bunch of photos from the special occasion, Powley said in her caption section, “Football's coming home…and so is my husband,” and followed them up with football and ring emojis.

Booth, on his Instagram account, posted a different series of pictures from the same day, and captioned it as, “Very, VERY happy! 😆 @belpowley.”

Talking about how the two of them met, Powley shared in an earlier interview, “He was playing Percy Shelley and Elle Fanning was playing Mary; I played Claire Clairmont, Mary's stepsister. That's when we fell in love – ahhh!” The coupe originally met on the sets of the period drama ‘Mary Shelley’ in 2016.

Booth will be seen in films like ‘The Way of the Wind’, ‘Unwelcome’, and ‘Gore’. Powley, on the other hand, will be seen in the second season of Jennifer Aniston-Reese Witherspoon starrer ‘The Morning Show’. She is best known for her movies like ‘The King of Staten Island’, ‘White Boy Rick’ and ‘the Diary of a Teenage Girl’.