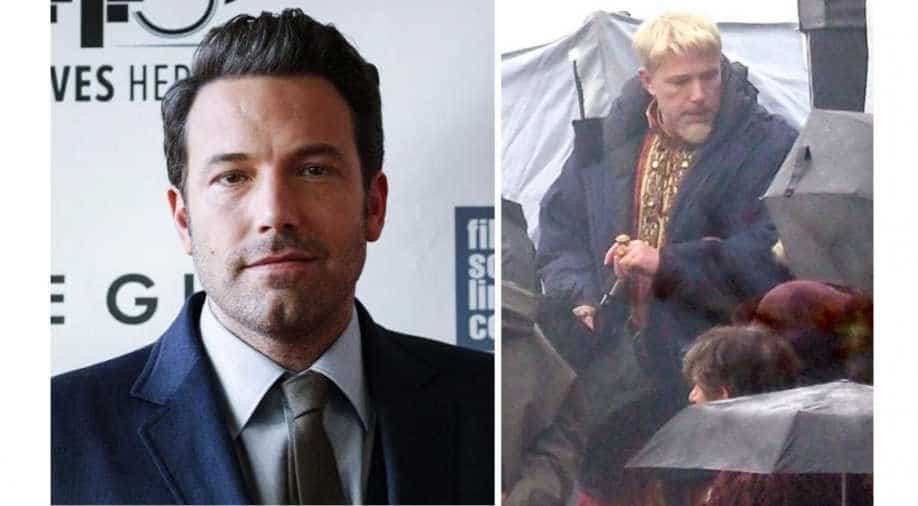 The picture featuring Ben Affleck on the sets of his next project went viral.

Wondering why Ben Affleck underwent such a drastic transformation? Well, it’s for his next project, a historical thriller titled ‘The Last Duel’.

Sporting blonde hair, Ben Affleck looks unrecognisable as netizens started sharing his pictures from the set. Speaking to E!News about the look, Ben said, "What the f***! I can't believe the blonde hair pictures. I haven't even seen the [pictures]. I'm nervous because there's good ones... from the right angle... I'm looking a little bit like if [Draco] Malfoy [from Harry Potter] grew up and had a tough life and grew a goatee."

“Did pictures get out?” he said, “We need to control that! I don't know how that happened, but somebody's bound to see it. Eventually I'll release some good ones, but it's fun.” 🤣🏰⚔🎞📽#TheLastDuel #RidleyScott #BenAffleck pic.twitter.com/tO00BbOmmD

The Hollywood actor also spoke about his upcoming film ‘The Way Back’ that has him play a widowed, former basketball all-star that's struggling with addiction and attempts making a comeback as a basketball coach.  He said, “There's stuff in this movie that's very close to my own life, you know, a recovering alcoholic—this character has hit a really rough patch in his life, where he's just drinking too much... he's unhappy and he's been through some personal trauma."