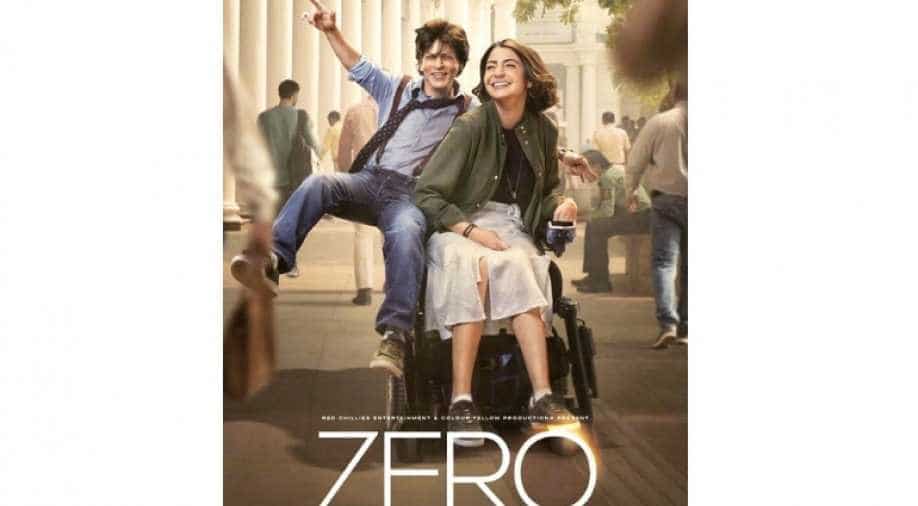 Shah Rukh Khan and Anushka Sharma in a poster of 'Zero'. Photograph:( Twitter )

It seems Bollywood star Shah Rukh Khan`s lead character of Bauua Singh from 'Zero' is having trouble fixing the mood of his girlfriend Aafia, played by Anushka Sharma.

King Khan who continues to create hype for the much-anticipated movie of the year 'Zero' asked his fans as Bauua to help with ideas to make peace with his girlfriend.

King Khan who continues to create hype for the character in Twitter, had earlier as Bauua addressed a letter to himself on November 03, during the trailer launch of 'Zero'.

During the launch of 'Zero', Khan read the letter by Bauua which began by praising the star for his greatness in the industry.
It happened after King Khan opened a verified Twitter account in the name of Bauua Singh, on October 25.
The introductory tweet read," I am Bauua Singh people...respect that fact and those who don`t. I will kill them with my love. Get ready Twitter people! Bauua Singh has arrived!"

Starring Shah Rukh Khan, Anushka Sharma and Katrina Kaif, the trailer of 'Zero' showcased the journey of Bauua Singh (played by SRK) - a vertically challenged man on a lookout for a bride.

Produced by Gauri Khan, the movie will hit theatres on December 21.