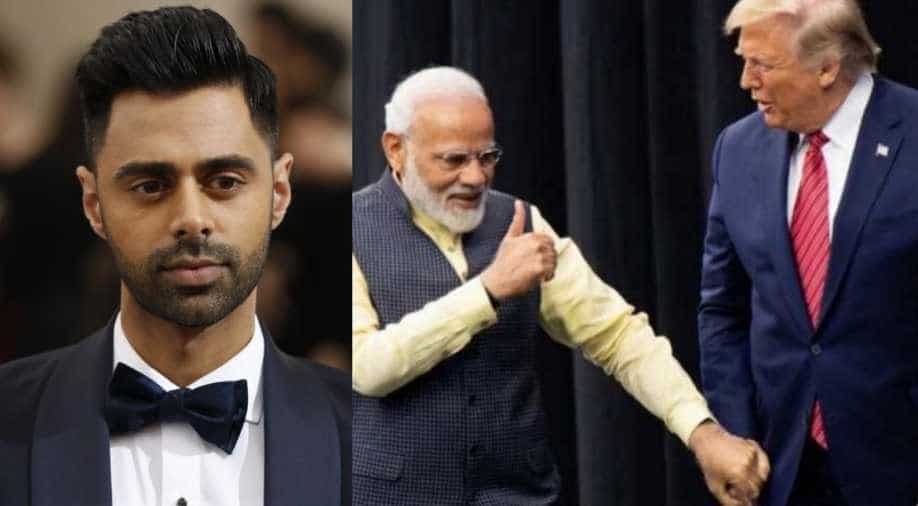 Hasan was reportedly stopped at the entrance of the NRG Stadium as he tried to make way with his camera crew.

While the world has gathered to follow updates of the currently ongoing ‘Howdy, Modi’ event in the US, various media reports suggest that Indian-American stand-up comedian Hasan Minhaj was denied entry at the event held in Houston, Texas on Sunday.

Hasan was reportedly stopped at the entrance of the NRG Stadium as he tried to make way with his camera crew. He was allegedly denied entry with authorities citing lack of press credentials and limited accommodation for crews as the reason.

Soon after the news spread, there were videos of the incident on Twitter as users called it “Islamophobia”. There has been no response on it from the comedian himself.

He had, earlier, shared a picture of self outside the stadium as he prepared to be a part of the event. He wrote, “Here to celebrate two great nations coming together. India first. But America first too. #HowdyModi”

Hasan is a popular host of weekly Netflix show ‘Patriot Act’. He is best known for his sharp satirical comedy writing as he has on numerous occasions targeted Modi as well as Trump’s policies. ‘The Patriot’ act episode on Indian elections had found equal takers and criticisers.