Harsh Varrdhan Kapoor is 'loyal' to 'Bhavesh Joshi Superhero', wants to be part of sequel if ever made 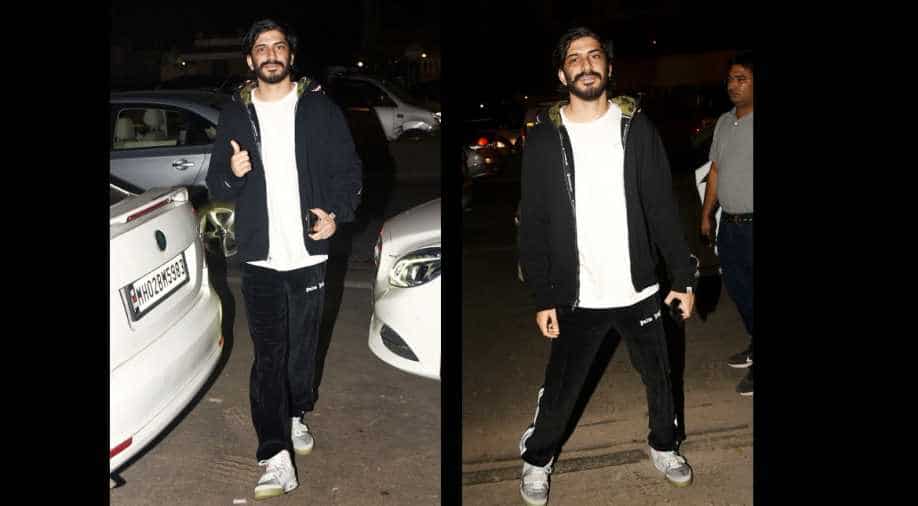 In the Vikramaditya Motwane film, the young Sikander becomes a masked vigilante to avenge his friend`s murder, and soon gets involved in a fight to end corruption.

Actor Harsh Varrdhan Kapoor says he has "loyalties" to his character Sikander Khanna in 'Bhavesh Joshi Superhero' film with which he debuted in the Hindi film industry. He also said in an interview that he would be interested to be a part of the sequel, if ever made.

In the Vikramaditya Motwane film, the young Sikander becomes a masked vigilante to avenge his friend's murder, and soon gets involved in a fight to end corruption. The film gained cult following and recorded decent business at the box office.

Speaking to IANS, he said, "I am not a very big fan of superhero films, which is one of the reasons why I chose `Bhavesh Joshi Superhero` because it`s so different from any superhero film. I really loved the realism. I am more attracted to human dramas and stories about real-life people, and if I ever wanted to do a superhero film, I will be happy to be part of its (`Bhavesh Joshi Superhero`) sequel if it happens. I just want to keep myself free for that and have my loyalties to the character."

On theatre vs OTT debate, he said, "The theatrical system or the way that it is set up in India is pretty much strictly for mainstream films. When you have alternative films or films that are slightly different or smaller films releasing in the west, they have very unique marketing and release strategies. Sometimes they release initially on five or 10 screens, and they end up going wide, whereas in India, for example, a film like `Bhavesh Joshi Superhero` will have a pretty wide release and if the box office and audience turn out is not good enough then the exhibitor will replace the show and give it to a film that is doing better."

"And what happens with India and the Indian media is when a film releases in a theatre, people are just so obsessed with the box office, it kind of dictates the perception of a film. For example, if the film releases and the numbers on the first day are underwhelming and below expectations, the large section of the media is very quick to dice off the film.

"They are not really focused on the artistic integral of the film or the technical merits of the film or the idea or method behind the film and what happens is once the film is out of the theatre, the whole dust settles and when it comes on digital, people are watching it with fresh lengths. They are not concerned about the box office numbers, and they are watching in the comfort of their own homes, they have more time, they are more patient and I think it is a film when you watch it patiently, it will give you a very unique experience and there are very few films like it," he added.

But he thinks that the lines are blurring between the digital and theatrical audiences.

"But we still have some ways to go. The good part is the film has found its home in Netflix and what happened to the film over the past two years because of the digital revolution, has been remarkable," said Harsh.

Talking about best memory of working on the film, Harsh Varrdhan shared: "While making the film, Priyanshu (Painyuli) who plays Bhavesh and me, we actually moved out of our houses and lived together for about three to four months in a flat in Shastri Nagar, Andheri. We would do rehearsals, eat together, go on a drink and go to set together. So we literally lived like roommates and brothers for that entire time which brought us extremely close. The whole making of the film, was very memorable and very difficult."