Girls Hostel Season 2 review: A nostalgic trip with relevance to the present times 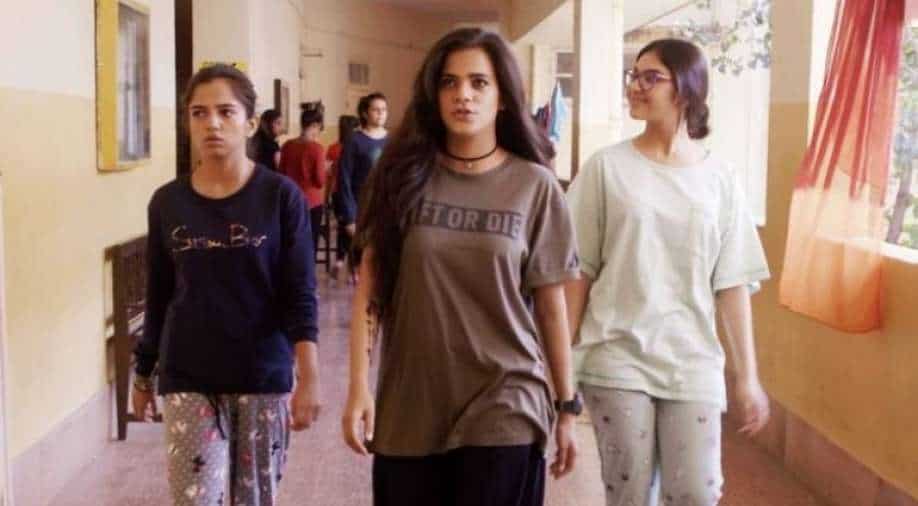 Girls Hostel Season 2 takes the series ahead and talks about pressing matters which need to be discussed.

Lifelong friendships, group study sessions, and plenty of sleepovers: Hostel becomes a home away from home and its people become your chosen family. TVF's 'Girls Hostel Season 2' manages to go back to our past and give us a large slice of nostalgia, with an added topping of drama and suspense.

While the first season was successful in establishing the base of the story and its characters, it's actually season 2 where we see the characters develop and the narrative takes a serious turn. The rivalry between the dentistry stream and the medical stream of SVM college continues, and so does the rivalry between Jo (Srishti Srivastava) and Zahira (Parul Gulati). In the list of changes-Ramya (Shreya Mehta) makes an entry and becomes the self-proclaimed college President by bribing the Principal. Her journey from President to a contender was just a matter of days, as Zahira decides to stand against her in the first-ever college elections. From the campaigning to the declaration of results, a lot unfolds inside the walls of the girl's hostel.

Through the course of two and a half hours, split into 5 episodes, the show addresses a number of issues that the girls in the hostel go through. From being cramped up in a small hostel to having water problems and security issues, the show will remind you of your hostel days in one way or another. TVF has again managed to ace the 'relatability factor. Unlike many other shows/movies, they strayed away from fancy sets and have just shown regular college students on a regular college campus.

Due to the short duration of the show, it can be binged at one go. However, there were certain narratives which we would have liked to explore a bit more. For instance, there was a moment when the Principal told Jo and Richa (Ahsaas Channa) to dress properly and return to the hostel early every day in order to "stop giving opportunities to the guys". Such a shallow remark goes by unaddressed with the right closure by the girls and is just forgotten. Or what happened to the girl's hostel viewpoint (a small tea shop outside the hostel which was a breeding ground for creeps) after Jo destroyed it. Did they set it up again the next day? Did that put an end to the problem of guys circling around the girl's hostel? These were rushed through to complete the series in 5 episodes.

Where the show works is its characters and their relationships. After having a falling out in the previous season, Jo and Zahira don't see eye to eye on anything happening in the hostel. Their conversations are dominated by arguments and sarcastic comments. Still, in times of trouble, they have each other's back and fight the election together. Richa and Aarav (Gagan Arora) have their sweet little romance, which is stuck in the friendship zone, waiting to be taken up to the next level.

Even though they are all helping Zahira to win the student body elections, each character has its own parallel storyline going on in the background. One character that really developed this season is Mili (Simran Natekar). Once shy and quiet, Mili is now much more vocal and is actually finding herself during this season.

Girls Hostel Season 2 takes the series ahead and talks about pressing matters which need to be discussed. While taking us on a nostalgia trip, the show also explains how issues like security and fair elections are so relevant even at present times. Perhaps more episodes would have helped the show seem more complete. Nonetheless, the storyline, characters make it a perfect weekend watch.