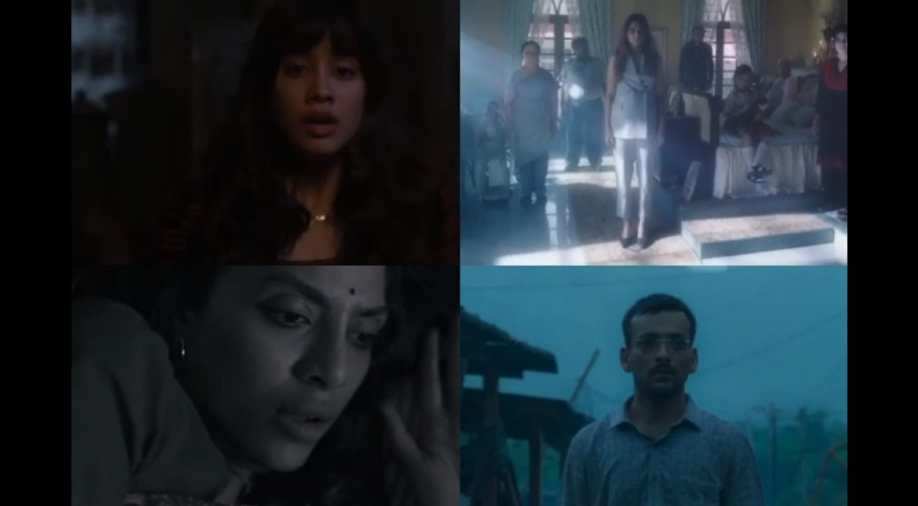 Karan Johar made full use of the day and date coincidence to release the trailer of his much-awaited Netflix project titled ‘Ghost Stories’.

He captioned the post: “Friday the 13th would be incomplete without some chills, thrills and of course an absolute spook-fest... presenting the trailer of Ghost Stories! Coming 1st Jan! #YourFearsWillFindYou.”

A much-awaited anthology of four “mind-bending stories” from the horror genre, directors Karan Johar, Anurag Kashyap, Zoya Akhtar and Dibakar Banerjee come together to give you goosebumps. They earlier collaborated on two more projects namely, ‘Bombay Talkies’ and ‘Lust Stories’ which was also for Netflix.

As for ‘Ghost Stories’, the trailer begins with the segment directed by Karan Johar as it features around the story of a newly wed couple. The trailer starts with the wedding of a girl and a boy played by Mrunal Thakur and Avinash Tiwary. On their first night when they are shown getting intimate, the door creaks open and the boy greets his grandmother, an unvisible person. Things get awkward when the girl who obviously cannot see his grandmother questions her presence.

Later in the video, it is revealed that the grandmother is dead. When Mrunal says the same, she is told, “Woh guzri nahi hai, sirf marr gayi hai (She has not passed away, she just died).”

In the second snippet, Janhvi Kapoor can be seen playing a nurse named Sameera, who takes care of an elderly patient, played by Surekha Sikri. This is a story directed by Zoya Akhtar.

In the third segment, directed by Anurag Kashyap, Sobhita Dhulipala plays a pregnant woman. A child is shown getting worried if he will still get the same love once her aunty (Sobhita) will still love him after she has her own child. The clip then moves on to some creepy elements like creepy dolls that is kept in on corner together, a scarecrow and a little boy with a bloody face.

‘Ghost Stories’ will begin streaming on Netflix from January 1, 2020.

Friday the 13th would be incomplete without some chills, thrills and of course an absolute spook-fest... presenting the trailer of Ghost Stories! Coming 1st Jan! #YourFearsWillFindYou @netflixindia @ronniescrewvala @ashidua_fue @rsvpmovies pic.twitter.com/qhwYQpbXIj

Earlier, announcing this project together, the directors said, “Last year, we did Lust Stories and we had so much fun...that we decided to go one step further. We ventured into a space that none of us had been in before. So this year, we decided to do Ghost Stories. It’s about things that are not really human…monsters, supernatural.”