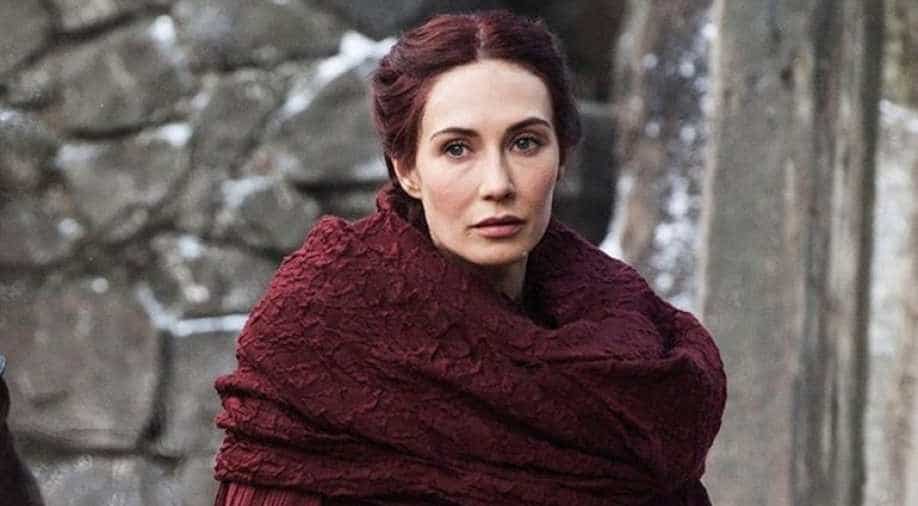 Carice van Houten in a still from 'Game Of Thrones'( via Youtube/HBO) Photograph:( Others )

Actress Carice van Houten, who played  Melisandre - The Red Woman, recently revealed that the makers consciously cut down on the nudity after the #MeToo movement gained prominence globally.

The global #MeToo movement not just outed perpetrators across industries but also sensitized filmmakers in what to present to the audience on screen.

Actress Carice van Houten, who played  Melisandre - The Red Woman, recently revealed that the makers consciously cut down on the nudity after the #MeToo movement gained prominence globally. The actress stated the changing climate made the makers reflect on the R-rated content, which was one of the talking points about the series when it began.

In a recent interview, Deadline magazine asked the actress if #MeToo had a role to play in less nudity in the show's later seasons. To which the actress said, "Yes. It also showed that you don't need it."

Van Houten also added that she was not really comfortable with the nudity on the show.

"It wasn't my favourite thing in the world at all. But yes, in Black Book(her next project) I experienced nudity on set. The Dutch are quite open-minded, we're a bit easier with that. But it's never comfortable being the only one undressed on set. It was before I had a child.

"I would be more uncomfortable now. The times have changed in many ways. Back then, it was all a little overwhelming. No one forced me into anything, but in hindsight, I might have been a little more cautious with it."

Earlier seasons of 'Game Of Throne' were called out for showing nudity.

The prequel of the show, tentatively titled 'The Long Night', is already in production, but the actress has stated she won't be returning to the show as Melisandre.

"Who knows. I guess you could see a very young Melisandre or something like that. That could be fun. But not in the shape of me. No one has contacted me about it. There are so many great characters, but I personally would have loved to see more of Melisandre's background," she said.

The hugely popular series came to an end in May 2019 after completing eight successful seasons.