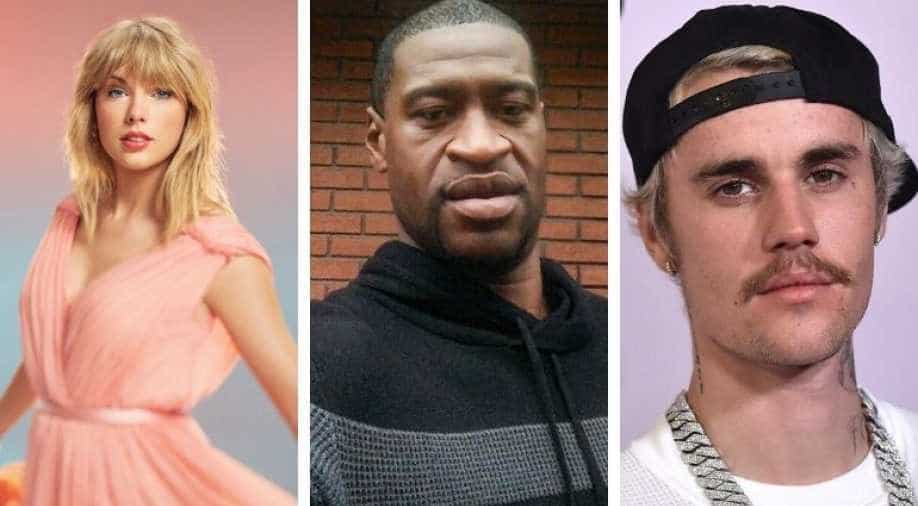 Celebrities from all over the world are speaking out for the death of former football player George Floyd in Minneapolis, USA.

Celebrities from all over the world are speaking out for the death of former football player George Floyd in Minneapolis, USA.

A video surfaced online showing a white police officer knelt on Floyd's neck for several minutes despite the 46-year-old's is continuously yelling, ''I can't breathe."

Enough is enough! What will it take ? A civil war ? A new president? Violent riots ? It’s tired ! I’m tired ! The country is tired !You don’t put fear in people when you do this you just show how coward YOU ARE ! And how America is really not the land of the free !

This is not okay. And it will not stop until everyone does their part. Especially white people. I said it recently and I’ll say it again, do not let your discomfort surrounding social issues prevent you from speaking up for those IN DANGER. And reality is, until this STOPS COMPLETELY - THE BLACK COMMUNITY WILL CONTINUE TO LIVE IN DANGER. DO YOUR PART. THIS INVOLVES YOU TOO. #GeorgeFloyd, I hope you RIP because it isn’t fair so many didn’t do their part to ensure you lived in peace.

as many of you know George Floyd was a black man murdered by a police officer. He was unarmed and initially restrained for a nonviolent crime. Say his name. Share this information. If you have friends and family who are privileged enough to “stay away from this kind of news” then take that fucking privilege away. Uplift the voices of black members of your community voicing their fear or outrage or grief. 👉🏼👉🏼Text “FLOYD” to 55156👈🏼👈🏼 and sign the petition seeking justice. The officers in question have been terminated and given paid leave. This is not sufficient punishment for murder. They need to be prosecuted. if you’re staying silent you’re contributing to the problem. I am updated on my Twitter if you are looking for more resources and information. The link for donations to black lives matter is in my bio. #blacklivesmatter

Floyd, a 46-year-old Houston resident was handcuffed and pinned to the ground by a police officer on Monday. The police officer continued to choke him until he went limp.

The four police officers involved in the incident have been fired and an FBI investigation has been initiated.

Prabhas starrer ‘Salaar’ to release in theatres on this date