From Deepika's 'Chhapaak' to Kangana's 'Thalaivi', these are some Bollywood films to watch out for in 2020 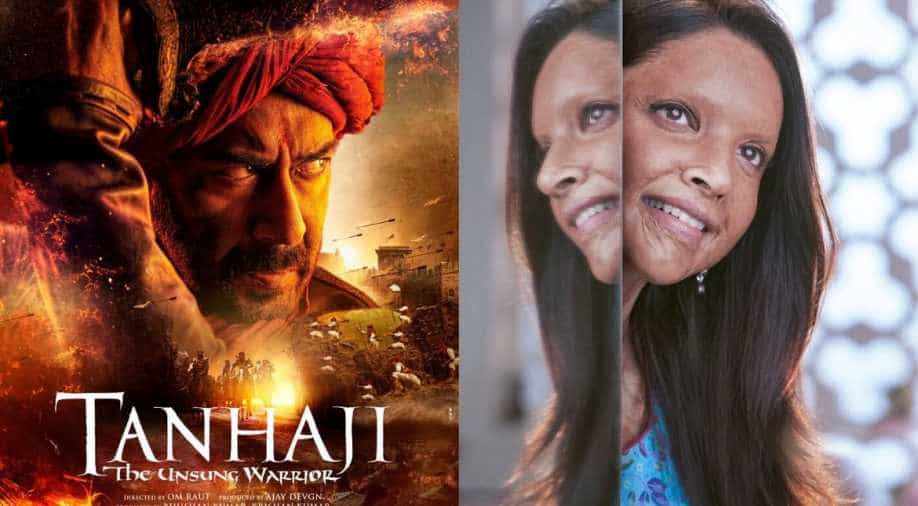 The first month of 2020 will have three Indian films clash on the same date -- 'Chhapaak', 'Tanhaji' and 'Darbar'.

The year 2020 is almost here now that the world celebrates the last festival Christmas today. With most people from all entertainment industries busy in celebrating Christmas, we have some news for Bollywood cinephiles.

We have a list of films that you must watch out for in the coming year. The first of the films and also the first major clash between Indian films in January is Deepika Padukone`s ‘Chhapaak’ with Ajay Devgn`s period-drama ‘Tanhaji’ and Rajinikanth’s ‘Darbar’. They will all release on January 10, 2020.

Then we have Shraddha Kapoor and Varun Dhawan’s ‘Street Dancer 3D’, Kangana Ranaut’s sports drama film ‘Panga’, the trailer of which released just a day before. There is also Ranjummar Rao’s ‘Chhalaang’.

Out with the poster of his new film is also Saif Ali Khan’s ‘Jawaani Jaaneman’ that will feature debutant Alaia, Pooja Bedi’s daughter.

In the middle of the year, there will be Ayushmann Khurrana’s film on homosexuality, ‘Shubh Mangal Zyada Saavdhan’, Taapsee Pannu’s ‘Thappad’ and Rohit Shetty’s ‘Sooryavanshi’ starring Akshay Kumar, Katrina Kaif.

There will also be Ranveer Singh’s ‘83’ directed by Kabir Khan.

Salman Khan will release ‘Radhe’ on Eid -- directed by Prabhudeva.

Other major movies that will make their way to the theatres later in the year are Mahesh Bhatt`s ‘Sadak 2’, Amitabh Bachchan`s ‘Gulabo Sitabo’, Varun Dhawan’s ‘Coolie No. 1’, Kangana Ranaut`s ‘Thalaivi’, Shahid Kapoor’s ‘Jersey’ and Aamir Khan’s ‘Laal Singh Chaddha’ which is an official adaptation of Tom Hanks film ‘Forrest Gump’.

Watch BTS give a rocking performance on 'America's Got Talent'

'The Crown' picks up Emmy for Outstanding Period Costumes yet again!