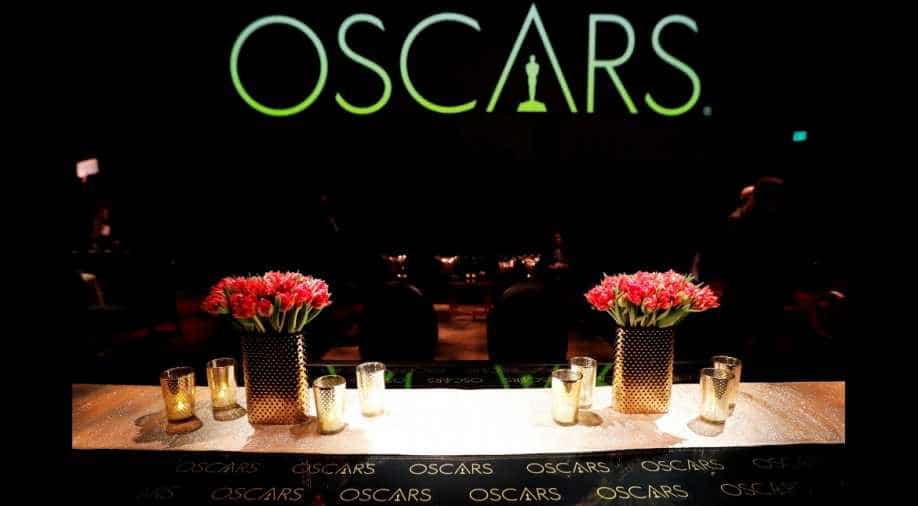 It's been a tough 12 months for the Academy of Motion Picture Arts and Sciences as it battles to restore its annual Oscars show to a must-see event after the US television audience slumped to an all-time low last year.

First, it was the furore over a proposed new "popular" film category, then it was the fiasco over planned host Kevin Hart, and last month the organisers of the Oscars were accused of intimidating celebrities not to present at rival award shows.

Last week, another storm erupted when, as part of a pledge to shorten next Sunday's Oscars ceremony, plans to present awards for cinematography, film editing, live-action shorts and makeup/hairstyling during commercial breaks were slammed as insulting by actors, directors and cinematographers. Five days later, the plan was scrapped.

It's been a tough 12 months for the Academy of Motion Picture Arts and Sciences as it battles to restore its annual Oscars show to a must-see event after the US television audience slumped to an all-time low last year.

"This year, the bigger question than who will win at the Oscars is what the heck is going on at the academy?" said Tim Gray, awards editor at Hollywood trade publication Variety.

"There have been a slew of bungles," Gray added. "I feel they are flailing around and acting out of desperation."

Under pressure from the ABC television network to trim and liven up the ceremony, the academy has seen many of its efforts backfire.

Bungles include a retreat in September over a proposed new "popular film" category, the withdrawal in December of Oscars host Kevin Hart because of past homophobic tweets, and an accusation in January by the US actors union that the academy was pressuring celebrities not to appear or present at award ceremonies other than the Oscars.

The Oscars is the last in a long Hollywood season that sees award shows and celebrity-packed red carpets every week over two months.

The Academy did not return a request for comment for this story, but said in a letter to members last week that show producers "have given great consideration to both Oscar tradition and our broad global audience."

ABC Entertainment President Karey Burke told reporters earlier this month she believed that the publicity around the Kevin Hart withdrawal showed the Oscars was still relevant. "I, ironically, have found that the lack of clarity around the Oscars has kept the Oscars really in the conversation and that the mystery has really been compelling," Burke said. "People really care."

The missteps have all but drowned out initial kudos over this year's diverse Oscar nominations list, which range from art house films like 'Roma' to superhero blockbuster 'Black Panther' and crowd-pleasing musicals 'Bohemian Rhapsody' and 'A Star is Born.'

"The Academy is dealing yet again with what appears to be a leading film that is a very small film, in Spanish, and in black and white, that has not been seen by that many people," Waxman said, referring to best picture front-runner 'Roma.' Recent best-picture winners include small art-house films 'The Shape of Water' last year and 'Moonlight' in 2017.

"That is the more fundamental problem the Academy is facing with this telecast," Waxman added.

Variety's Gray said that, for the movie industry, the Oscars ceremony is always an enjoyable family get-together.

"The Oscars should also be fun for the viewing audience," he said. "We will see if they are."