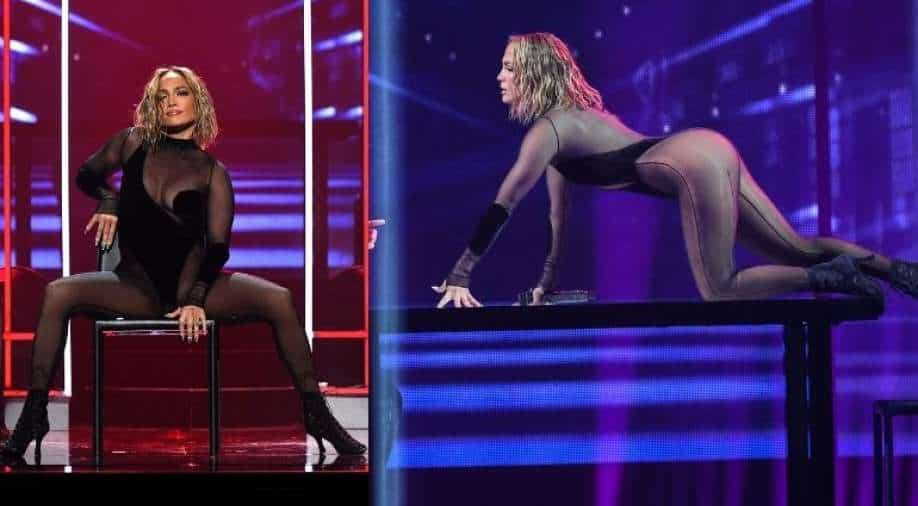 JLo performed a sultry, sexy duet with Maluma on Sunday night and social media was quick to point out similarities to Beyonce's 2014 Grammy performance with her husband Jay Z.

Queen Beyonce's fans aren't too happy with another pop icon - Jennifer Lopez. Lopez performed at the recent American Music Awards which many feel was a copied idea from Beyonce.

JLo performed a sultry, sexy duet with Maluma on Sunday night and social media was quick to point out similarities to Beyonce's 2014 Grammy performance with her husband Jay Z.

JLo wore a black body suit with cutouts for her performance which was strikingly similar to Beyonce's outfit during her Grammy performance.

Both women also sported short, wet looking hair styles and got sultry with their dancing which included colored lighting.

Twitter was buzzing post JLo's performance as many called her out for copying Beyonce. Some, however, felt it was JLo's way of paying homage to the Queen.

Jennifer Lopez copied Beyoncé’s Drunk In Love performance head to toe at the AMA’s when she performed. Hair, lighting, chair, outfit. Like she didn’t even try to do anything differently. I’m so tired of her.

Yea they were awfully familiar. They both sucked!

Sunday @ AMA Jennifer Lopez clearly ripped off Beyonce's 2014 performance from the outfit to hair, dancing, lighting-hey Lopez can't you find your own look? Maybe something like my chain-link look in this pic? Did you really think no one would remember what Beyonce 6 years ago? pic.twitter.com/tif9ZMWAlq

Lopez has not reacted to the accusations so far.

In pics: American Music Awards 2020:The best moments from the musical night