Jitendra Kumar to WION: Audience makes stars, filmmakers only work with them 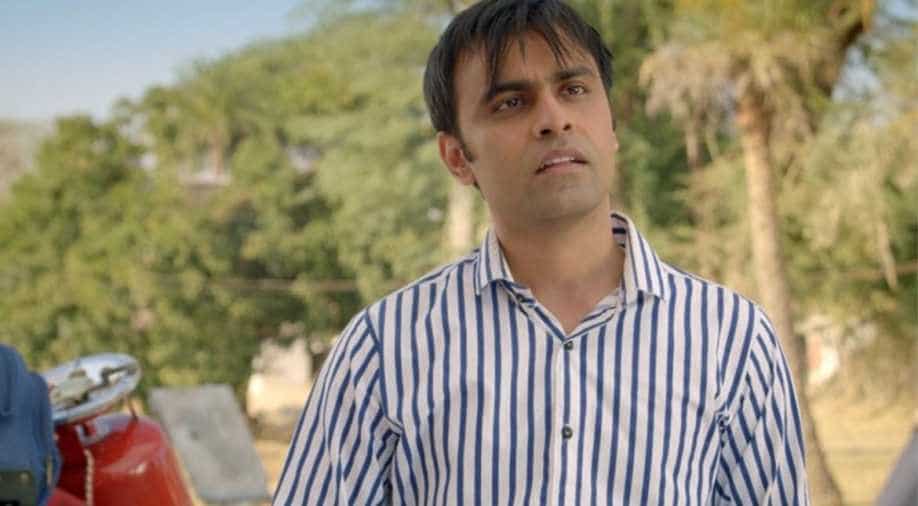 In an exclusive chat with WION, IIT Kharagpur alumnus Jitendra Kumar spoke of finding success in showbiz while holding on to "consistency, persistence and patience."

We have seen him in TVF’s ‘Pitchers’, ‘Permanent Roommates’, opposite Ayushmann Khurrana in ‘Shubh Mangal Zyaada Savdhan’, hit web show ‘Panchayat’ and now he’s here to entertain us in Netflix’s ‘Chaman Bahaar’. Actor Jitendra Kumar is a classic example of ‘hard work always pays off’. A civil engineer by profession who graduated from IIT Kharagpur, Jitendra Kumar aka Panchayat’s Abhishek or Pitchers’ Jeetu has seen his fair share of hurdles and continues to hussle but believes in perseverance and patience.

In an exclusive chat with WION, Jitendra Kumar spoke of his 8 years of acting career, his journey from IIT to the tinseltown and not getting affected by nepotism as he firmly believes in the fact that “audience makes stars and filmmakers only work with them.”

“I have been here for 8 years -- came to make films in 2012-13 with an intention to work in films. I knew no one. I grew on YouTube. I made sketches that became popular with people. When I got appreciation, my belief in telling the kind of stories I wanted to tell only grew,” says Jeetu who rose to fame with ‘Pitchers’ that people fondly remember for the catchphrase “Tu Beer Hai”.

Only a couple years short of a decade in the filmy world, Jitendra Kumar’s success mantra all along has been “patience and perseverance”. “These years have taught me patience that if you want to tell your kind of stories then you have to give it time and be patient. You have to be mentally prepared for all pros and cons of that struggle. Don't get disheartened with unpredictability as that is everywhere and you can do nothing about it. Consistency, persistence, patience -- these are the three things I have learnt and swear by,” says Jeetu.

Actors usually get inspired from their colleagues as they continue to grow individually in their space. Jeetu was recently inspired by fellow actor Zeeshan Ayyub who said in one of his interviews that “you work for yourself without paying heed to any form of competition”. This has stuck with Jeetu who insists that he will continue to do what gives him a kick without giving anything else much thought.

Good with academics, Jitendra Kumar has studied in IIT. A civil engineer by profession, acting was not by fluke. He wanted it so bad that it happened for him.

Explaining how it all started, Jeetu says, “I was in college. Having studied in Hindi medium school all my life, IIT was alien to me at first because everything was being taught in English. I got distracted from studies. I made plans to study English and catch up with the rest of the class when I got to know that wholesome education is what got us jobs post academics. I suddenly had to diversify my knowledge so I got involved in dramatics.”

“My first experience with the stage and performance arts was amazing. I made close friends. I loved being part of plays and suddenly I realised I was cut by an acting bug. I thought first to get a decent paying job to make a lot of money for security and then maybe step into acting. Till my 4th year, I took it very casually. I came to Mumbai after completing my education."

Like almost every actor, it wasn’t a smooth ride for Jeetu who after a couple of months in Mumbai, after having shot a few short videos, tasted no luck. “In the first few months, my videos did not garner a good response. I shot another video but even the creators didn’t like it. We thought of not putting it up on YouTube. I left it all and joined a job in a construction company because I am afterall a civil engineer. There after 6 months of working, I put the first video out called ‘Munna Jazbaati’ and it became an instant hit. People loved the character. Then I thought of starting to write again because I wasn't enjoying my job. I was very clear that I can't be a good civil engineer. I might get money because I am from IIT and people respect IIT but that’s about it. So when I made the decision of quitting my job, I had to ensure I had something to do to fend for myself because this was just one video that became a hit.

"I thought of joining an acting school. I started applying, didn't get admission. I thought I’ll do some plays in Mumbai and apply again for an acting school. By then TVF had grown. I got so many opportunities there. TVF became my school. ‘Pitchers’, ‘Permanent Roommates’ released and people started recognizing me. Films happened. I started learning from my own experiences and from the experiences of actors, directors, script writers on the set,” narrates Jeetu as he spoke of hurdles behind the success.

Ask him whether nepotism bothers him, Jeetu has a very rounded answer, “I have examples in front of me -- people have got big opportunities and they were not from this industry. All major stars today including Akshay Kumar, Shah Rukh Khan, Amitabh Bachchan were outsiders. Things take time, but your work will get observed. To get that first opportunity will have its own challenges and will take time but that's the case in any industry.”

“I am not scared of nepotism. If things were really unfair then maybe it would affect me. The comfort zone could be a reason behind nepotism. It's very obvious, if I know someone talented in my circle, I would recommend that person for a job because of that comfort zone.”

Brimming with positivity and hope, Jeetendra Kumar says, “Audience makes stars, big filmmakers only work with stars. It's a business. Audience appreciates your work, if you are an interesting talent then you become a star and big filmmakers start working with you. Kapil Sharma, Sushant Singh Rajput are examples of this.”

When asked of dealing with pressure charting a similar journey like Sushant Singh Rajput as he too made inroads into films from TV/Web, Jeetu says, “We don’t know what was the reason behind his death. It’s saddening, shocking but also eye opening. Main thing is that we have to take care of our health -- physical and mental. We should care for our body and get possible therapy and treatments. We should be around family, friends and share with them our true emotions.”

He adds, “I feel if you enter any industry and have no links inside, it takes time to get the correct opportunity where you can create a body of work and seeing that you will further get projects and stories you want to be a part of --but it takes time. It’s challenging. Life is about challenges. For me, Sushant was brave and he took upon challenges. He achieved a lot. We don't know what he was going though and the reason for his death. We should not create theories.”

Excited for the response to his new film ‘Chaman Bahaar’, Jitendra Kumar has a good feeling about it. “Billu is an interesting character. He experiences different situations as lots keep happening to him. He goes through varied emotions in the process -- a one-sided love, anger. He gets scared of a bear so starts a paan (betel) shop which initially doesn’t work but picks up after some time. It’s the turmoil, probably, that the audience can relate with,” says Jeetu.

Preparing for the role took a lot of time and energy for Jeetu: “I was scared for people to not judge me as someone who has put on makeup and is sitting at a paan shop, so that I don't look like an eyesore in the setup. I did a lot of readings, trained in Chhattisgarhi dialect. I reached 7 days before shooting on the set. Met with a paan shopkeeper named Raju Bhaiya, learned a lot from him. Infact, we shot for a scene where I am making a paan, an art I picked up from Raju Bhaiya although it didn’t ended up in the final cut,” says Jeetu.

He adds, “I tried to pick up Raju Baiya’s mannerisms and eventually became comfortable with the script.”

Does he now have a grasp of the Chattisgarhi language? He answers, “My character is basically a Chhattisgarhi who speaks in Hindi. I have tried to get my accent right” signing off.